Influenza virus infection is a serious disease that sometimes leads to hospitalization and even death. Flu is different every year and the vaccine is also different. Even very healthy people can get really sick and infect the others. 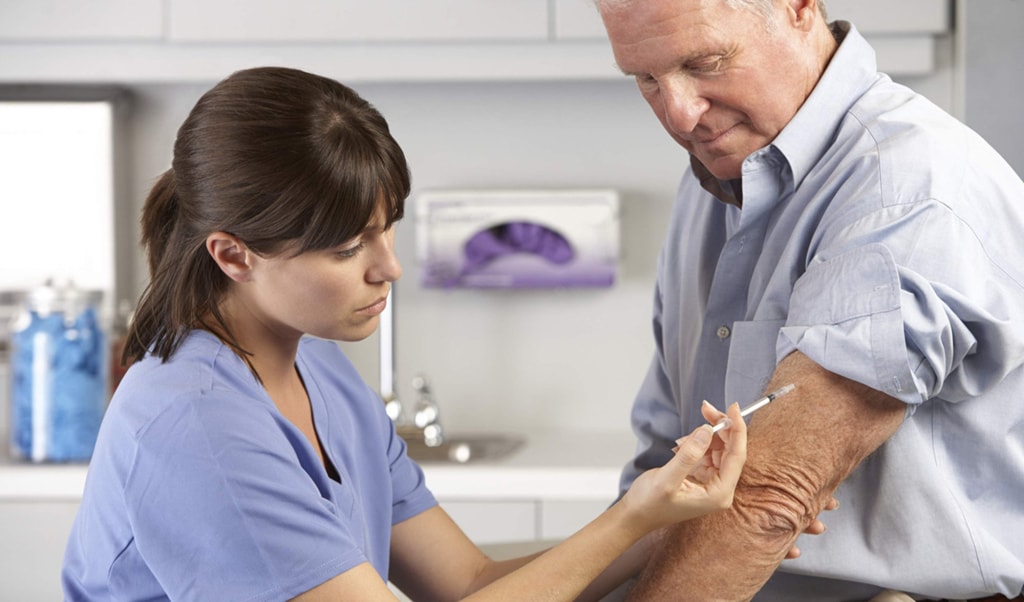 Flu vaccines make body generate antibodies which protect us against the diseases caused by the viruses that the vaccine contains. Usually vaccines protect against three influenza viruses: influenza A (H1N1), influenza A (H3N2), and influenza B. Some protect against four kinds of flu, including additional B virus. On February 24, 2010 CDC’s Advisory Committee on Immunization Practices voted for “universal” influenza vaccination in the USA.

As the flu season comes, the pharmaceutical companies pick up momentum to start marketing campaigns. CVS is even offering a 20% shopping discount if you get a flu shot. This year there is a high-dose vaccine – Fluzone® High-Dose which is paid special attention at. However the seniors should watch out for the possible adverse effects it might bring.

According to the company’s official website Fluzone® High-Dose vaccine is 24.2% more effective than Fluzone Vaccine. It has 4 times the antigen of a common flu vaccine, and consequently it is assumed that it should produce a stronger immune response to the flu in people 65 plus.

They also put special emphasis upon the fact that older people are under a greater risk of flu complications, saying that each year about 90% of deaths and hospitalizations caused by flu occur in people above 65 years old. Older people are often quite health-conscious, and they also tend to trust the advertisements more, especially when a good discount is looming up. However this year is the wrong time to take it easy – 23 deaths among senior citizens within 6 months after vaccination. It is a reason to give oneself pause for thought, isn’t it?

The package insert for the Fluzone High-Dose vaccine says that during the post vaccination period Day 29–180 23 deaths were reported among people who received the Fluzone High-Dose vaccine. According to the same data most of them had cardiac, neoplastic, renal, hepatic and/or respiratory diseases. None of the deaths was considered to be caused by vaccination. Besides, it’s said that within 6 months after receiving a flu shot 156 (6.1%) out of 2,573 Fluzone High-Dose recipients had a serious adverse event (SAE). A serious adverse event is a life-threatening event that hypothetically might have caused death if it had a more severe influence. Guillain-Barré syndrome (GBS) listed in the same document is one of them.

Of course, these deaths could have been caused by all kinds of other diseases not related to vaccine. But the death rate looks pretty impressive, doesn’t it? It’s not 5 or 10 people, not even 20. Saving lives of elderly people is one of the main goals of influenza vaccination, but what choice are they here to make?