Children With Food Allergies Less Likely to Have Appendicitis

Appendicitis can strike at any age, and even small children can have their appendix removed very early. Often regarded as something utterly rudimental and thus unneeded, the appendix can land you in hospital. Recent research has revealed that there is a link between food allergies and the risk of the condition: children who are allergic to certain foods are less likely to have it.

An inflamed appendix is something that is dreaded by many when they feel sudden pain in the abdomen, especially if it migrates to the right side of it. In most cases, surgery is the only option, because rupture may prove to be fatal. It occurs most often in those aged 10 to 30, but anyone can be affected.

In children, complicated appendicitis, which calls for longer hospital stays and more intensive treatment, including extra surgery, is more common than among adults. Scientists attribute the phenomenon to the differences between how the immune system functions in adults and in children. New research suggesting that being allergic to certain foods is associated with a lower risk of the condition is a piece of scientific evidence that supports the theory.

A team of researchers from Skåne University Hospital and Lund University (Sweden) has recently reported that children suffering from various kinds of food allergies are three times less prone to appendicitis than those without the disease. It’s not that they called it a benefit, but this association could be used to enhance diagnostic techniques.

The scientists looked into what other diseases and conditions the children who had undergone surgery to treat appendicitis in the previous decade had. The cases of 607 children were analyzed; all of them were operated on at some point between 2007 and 2017. Of these patients, 102 had allergies which were diagnosed using IgE levels in the blood. The other 503 children were not allergic. When the researchers compared the severity of their symptoms and the complications the patients experienced, they found that the prevalence of complicated appendicitis was much higher among non-allergic children, as this kind of condition affected 46.9% of them. Conversely, among the children with an allergy mediated by IgE, the rate was 19.6%, which means the risk is reduced significantly.

Why is that so?

It remains unknown what mechanisms are behind the effect, but being allergic to foods is somewhat protective, probably due to modulation of immune response which stems from being sensitive to certain allergens. The researchers noted that their findings do not indicate that the drugs designed for allergy treatment or having allergy symptoms in the spring or other reasons which cause hay fever may have something to do with the risk reduction.

It is of utmost importance to diagnose appendicitis as early as possible, as tissues are being damaged more and more until the inflamed appendix is removed. If your child is allergic to something, it does not mean they have a generally lower risk of appendicitis – it’s just that complications occur not as often as in non-allergic children. That is why calling an ambulance is a must if your child has abdominal pain or other symptoms like fever and fatigue.

To know when to call a doctor, read this article carefully and do not hesitate to have your child examined by a professional if you notice any of the symptoms described. 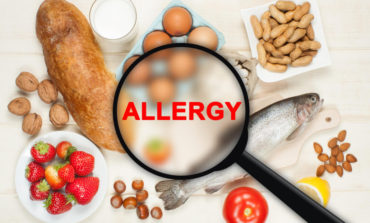 How to Cure Allergies 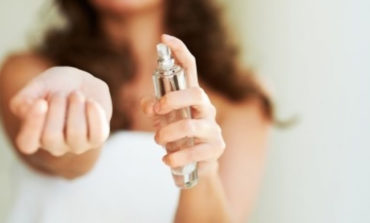