Electric shock therapy for depression is used in cases when depression cannot be treated by traditional methods such as psychotherapies and antidepressants do not work.

There are a lot of wrong assumptions about shock therapy for depression all of them based on the images from films and books where electroconvulsive therapy is represented as something pretty scary and intimidating. Moreover, it is also a common belief that it is fraught with severe cognitive changes and adverse effects. However, the truth is that these side-effects are only possible when the treatment is carried out not the way it is supposed to be.

Electric shock therapy for depression is in medical terms now called electroconvulsive therapy (ECT). The term stands for electrical stimulation of the brain. The therapy applied can be of two types – bilateral pulse stimulation and unilateral pulse stimulation. It is believed that the latter is safer and is less noted for side-effects. It is required that the therapy was overseen and supervised by a psychiatrist as well as anesthesiologist. The presence of other medical stuff is also obligatory.

The shock therapy for depression procedure is not very complicated but it requires special equipment and professional attendance. First of all a person receives anaesthetic and/or muscle relaxant. Next, electrodes are applied to a person?s temples right in the middle of the forehead. The whole idea of the medical procedure is that an electric current passes through the brain of a person and stimulates the appearance of seizures. The time period is generally 30 second ? 1 minute; no longer. For every particular person a dose and duration as well as pulse length are individually adjusted. In the modern therapy shock therapy for depression is not like it was depicted in old movies ? there are no seizures, and patients do not feel any pain. So, it is not that cruel looking as the majority of people are still thinking.

American Academy of Family Physicians (AAFP) claims that shock therapy for depression is effective in the way that it causes seizures and they, in their turn, cause neurotransmitters release. Due to this brain functioning improves as well as mood ? what was actually the aim of the whole therapy.

However, it is true that the treatment is able to cause side effects of different kind. They can be mild such as allergy or headaches; but they also can be more serious such as memory loss, temporary or even permanent. There have been cases when people forgot how to do certain things, were unable to perform certain tasks.

Shock therapy for depression is prescribed in the following cases:

1. Diagnosed cases of clinical depression that cannot be helped either with therapies or antidepressants;

3. Cases of depression that are accompanied with hallucinations and delusions;

4. When there is a risk of a person committing suicide;

5. it can be an option for a person who for some reasons cannot take medications;

6. It is required that a patient was mentally aware and could give his consent consciously.

Generally a therapy of a shock therapy for depression consists of 12 sessions. Its main aim is to alleviate the depression symptoms in the first place. The therapy as itself is unable to cure a depressed person completely of its condition. Moreover, cases of relapse are about 50% and it happens in the period of up to a year after the electroconvulsive therapy. However, other researches show that continuing and repeated use of this therapy gives more positive results than single application. It reduces chances of a relapse.

One of the requirements for shock therapy for depression is that a person should stay in hospital for the length of the therapy as well as for the recovery period. It is a serious treatment method and it should not be left unattended.

Shock therapy for depression is not something that can be agreed on without thinking. If you suffer from depression and your doctor suggests such a method, make sure he tells you everything about it and, most importantly, about after effects. You should be absolutely positive that it will benefit you in the first place and improve your condition. 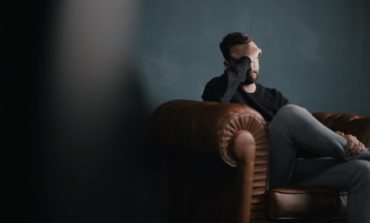 Antidepressants: Why They May Be Working not as We Thought They Do?