Hoarding is considered an illness characterized by excessive collection of various things. One more characteristic feature is that a person is unable to get rid of them. The house of such a person may look like a damp with the piles of item stuck here and where and narrow paths among them. Another form of hoarding mental illness is animal hording. This is not much better as in this case numerous animals are kept in usually a pretty limited area and in utterly unsanitary conditions. 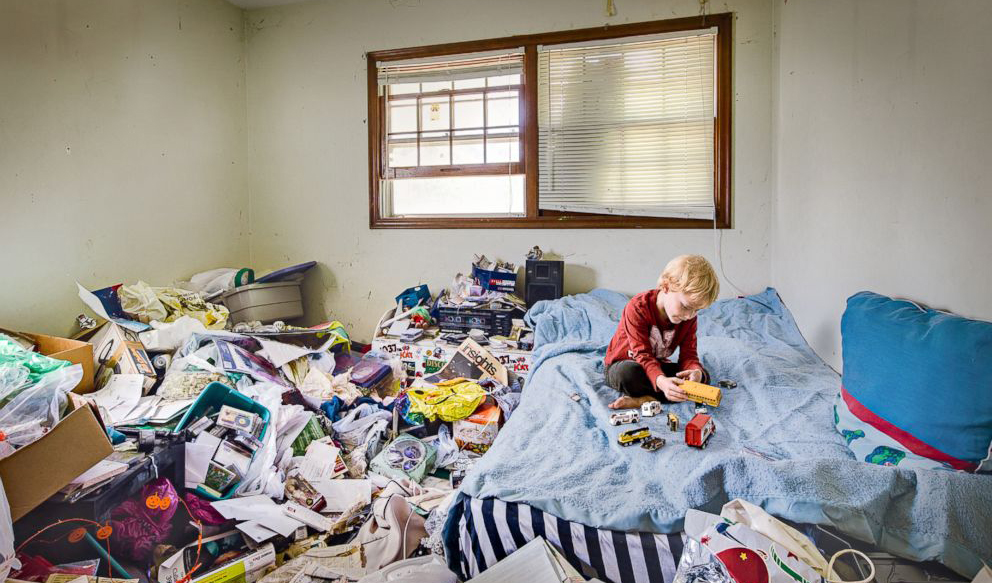 Hoarding is considered an illness characterized by excessive collection of various things. One more characteristic feature is that a person is unable to get rid of them. The house of such a person may look like a damp with the piles of item stuck here and where and narrow paths among them. Another form of hoarding mental illness is animal hording. This is not much better as in this case numerous animals are kept in usually a pretty limited area and in utterly unsanitary conditions.

Official medical term for the illness is compulsive hoarding syndrome, or just compulsive hoarding. Frequently but not necessarily it is a symptom of a more complicated mental disorder – obsessive-compulsive disorder (OCD). The latter disorder may manifest it by the presence of other symptoms without this one. Hoarding mental illness is a pretty puzzling condition and up until now the researches are being made on the account of the reasons that trigger it and best treatment options.

The thing about people who suffer from hoarding mental illness is that they really do not understand what is wrong about it all. They feel comfortable among all these piles of clutter and junk, or numerous animals. They very frequently become irritable and even aggressive if someone tries to deprive them of these things. Attempts of introducing such people to intensive therapy can be complicated by the unwillingness of the latter and even hostility.

A typical place of living of a person suffering from a hoarding mental illness looks like as if it is overstuffed with things. The entire house or an apartment is filled with various items that are not used but just stored for some obscure reasons. Things are stuffed everywhere -3 on shelves, in drawers and cupboards, on staircases, windowsills and floors creating a problem even to maneuver around the place.

Apart from the effect they create on the surrounding area and people, patients suffering from hoarding mental illness generally undergo serious alternations in emotional sphere. Their behavior tends to change and certain typical symptoms can be observed. First of all, hoarders are obsessed with collecting things and are unable to cast them away. All the old newspapers and magazines, sheets, books and old mail is impossible to be tossed away.

Apart from piling and storing these people like to rearrange the stuff and relocate piles; however, without any intention of sorting the stuff out or clearing it. A person with a compulsive hoarding syndrome tends to acquire things that he does not need every time there is a chance and everywhere. Besides, a person manifests a lot of other distinctive symptoms such as perfectionism and extreme attachment to the possessed items. Moreover, making decisions and taking actions as well as organizing the daily routine come as a real problem. All of the people with hoarding mental illness tend to become more and more unsociable with time and finally may stop any interactions with other people.

People with hording mental illness start collecting things frequently say that all these piles provide the feeling of safety. Or they expect some of the things to be important or somehow useful in the future. There are things that remind such patients of some happier times in their past and they find it impossible to part with them.

Animal hording is a form of hording mental illness as it has been aforementioned. In this case a person tends to keep more pets than he can actually afford, really much much more. Generally, all the animals are kept in really bad unsanitary conditions because their numbers make any proper care impossible. Frequently, it is pretty hard to detect this kind of disorder as patients tend to conceal the animals and choose among them the ones that are easier to hide and not evoking suspicions (e.g. cats).

In case the disorder is mild the effect on a person’s life is not really much pronounced. However in a severe form a hoarding mental illness can have some really serious consequences. It is even able to evoke serious health problems if left unattended.

Hoarding mental illness can be distinguished in teenage years. It starts as excessive obsession to collecting things and problematic tossing them away. With age the disorder symptoms tend to aggravate and a person starts to acquire more and more stuff that is unnecessary. The symptoms get even worse with more years passing. By the middle age line they get to the point when a diagnosis is stated but the stage is such that a person is already extremely difficult to treat.

There is a strong recommendation to everyone who sees any signs mentioned above in their near-and-dear. On the early stages the illness is easier to attend and there are a lot of specialists that can help. Sometimes it is pretty hard to apply such extreme measures as police or animal welfare agencies. However it is a necessity in some cases and by doing so you can save someone’s health and safety.

Hoarding mental illness is still a pretty unknown disease. The psychology of it and the reasons that trigger such personal changes are under investigation as well as the best treatment methods are being worked out.