There are tons of knowledge about numerous green tea’s uses and benefits. Particularly, it is known for its exceptional anti-inflammatory and antioxidant properties. Meanwhile, not everyone knows that there are products, which do not mix well with green tea. These include products, which contain iron. 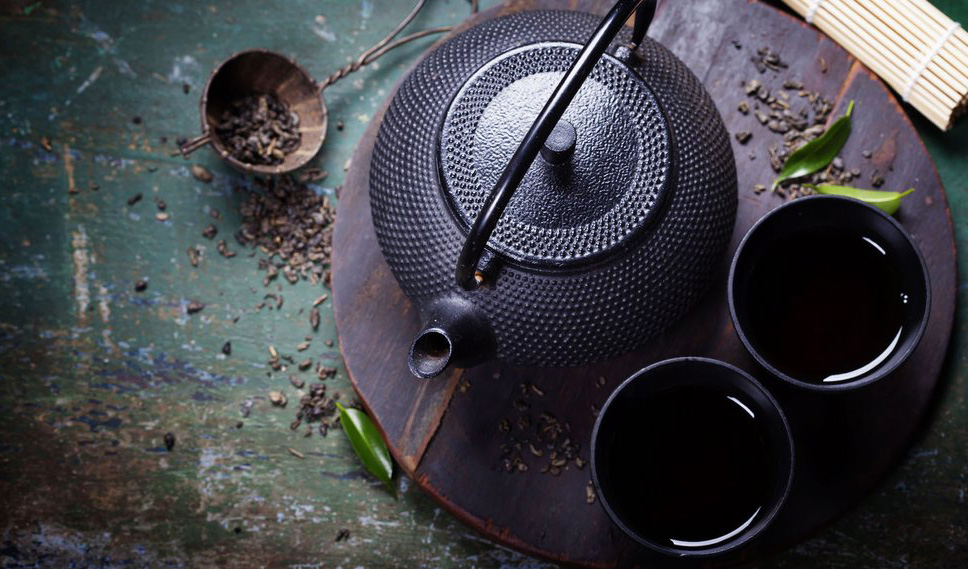 Iron is no less vital an element than chemicals contained in green tea. It acts as a kind of construction material for red blood cells and carries oxygen around the body. Lack of iron dulls the body’s most vital functions and causes fatigue, lethargy, poor memory, etc.

There are several reasons why it is not advisable to combine green tea with iron. Scientists at Kansas University Medical Center, as well as a research team from PennState University, a group of scientists from India and other teams have discovered that antioxidants that are found in green tea bind to iron and impede its absorption. One such antioxidant – epigallocatechin gallate – inhibits enzymes, which trigger inflammatory reactions, and thus reduces inflammation. In cases whereby we eat poultry, fish, meat, kale, olives, and other iron-rich foods, and drink green tea shortly before or after it, the molecules of epigallocatechin gallate bind with iron coming in from these foods and stop inhibiting ‘inflammatory’ enzymes. In this situation, green tea is no longer effective. This is a must-know thing for patients who deal with inflammatory bowel disease (IBD), because physicians often advise them to drink green tea to reduce inflammation.

On the other hand, the antioxidants bind with iron and reduce iron absorption. It fails to reach its destination and a person may develop iron deficiency. This is another must-know thing for another group of people – anemia patients.

This appears to be a kind of bright example of how two healthy components can knock each other out of doing the right thhing. Also, it is a testimony to how important it is to stick to appropriate nutrition patterns. It is a must-know thing not only for IBD and anemia patients, but for healthy people as well. There are lots of anemia cases resulting from combining iron-rich foods with green tea.

How to benefit without quitting on either

In this situation, the best thing you can do is draw a demarcation line between iron-rich foods and green tea. To prevent these two substances from dulling each other’s effects, it is advisable to drink green tea at least an hour before or after dinner, if you are in for having an iron-rich meal.

It is a well-known fact that fruits, citruses, and vegetables are rich in Vitamin C, which speeds up the absorption of iron. Please, make these items inalienable part of your menu and do not combine them with green tea.

If you are an expecting or nursing mother, you must do your uttermost to prevent loss of iron! Please, be sure to separate green tea from your dinner and let your child live a healthy life!

This is also a point to remember for post-menopausal women, who are more susceptible to iron deficiency.