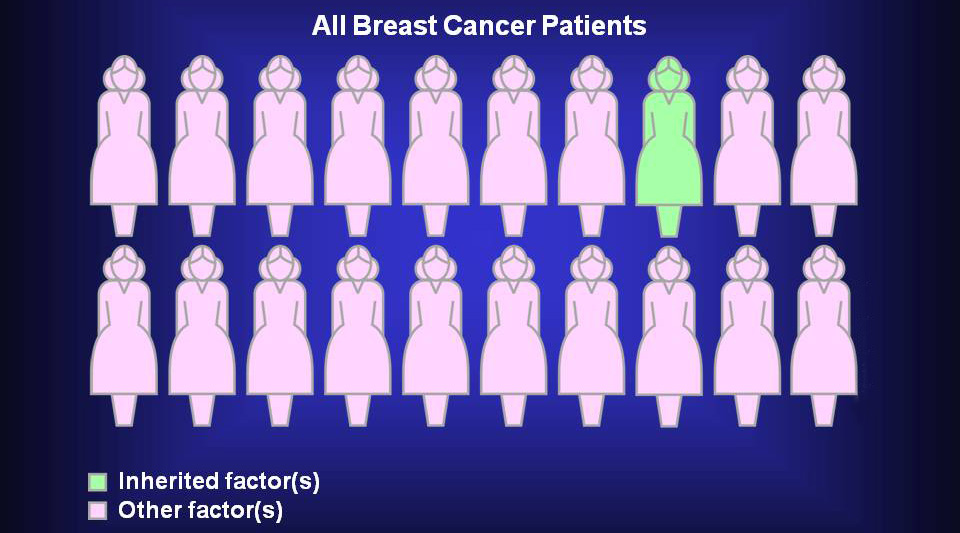 Cancer, a deadly disease is abnormal multiplication of cells that invade other cells and tissues in an uncontrolled manner and spreads to other body parts through lymph systems and blood. Cancer is broadly categorized into groups such as carcinoma (occurs in skin or tissue), sarcoma (occurs in bone, cartilage and blood vessels), leukemia (occurs in bone marrow), myeloma and lymphoma (begins in cells of immune system) and also central nervous system cancers that occur in the tissues of the brain and spinal cord. They are categorized mainly on the basis of the point of origin or from the organ it begins to spread.

There exist many causes and risk factors associated with cancer beginning from consumption of tobacco to exposure to asbestos but it is the association of cancer and heredity that has gained significance in the field of continuous research apart from other linked areas of cancer such as its treatment, ways of prevention and of course how to recognize the warning signals. Cancer etiology is thus multifactorial with lifestyle, environmental, medical and genetic factors combine to form the malignancy.

Why alteration in gene is a problem?
We have millions of cells in our body and as we grow, repair or age, the cells divide to form new cells, replace the damaged or the worn out cells by forming new cells. This happens through a process of encoding in the gene that consists of material called DNA. Each cell has two copies of each gene. The next generation inherits one copy of each gene from each parent. With cell division occurring, each gene is copied and given to the new cell. However, the problem arises when the inherited gene is copied with alteration of two or more genes.  The mistake continues as the new cell begins its process of division resulting in mutation and the gene responsible for that is referred to as mutant gene. At the end, we might develop a large number of cells that consist of mutant genes. It has been found that the cancer-predisposing traits are mainly found in an autosomal dominant fashion and the susceptibility to cancer occurs as one inherits one copy of the altered gene. It is the genetic information of an individual that helps us to identify people who have greater risk of developing cancer.

Some features of hereditary cancer include:

Some of the hereditary cancer genes are:

How to identify hereditary cancer?

What can an individual do if the person is at risk for hereditary cancer?

Additionally, one can take recourse to genetic counseling to understand the risk of hereditary cancer and be more psychologically stronger and better informed while taking a decision to fight this silent killer disease cancer.