Trick question, what are you going to do with two feet of snow? The answer is to eat it. It might seem odd at first glance, however, you can get frozen desserts using the one ingredient: snow. 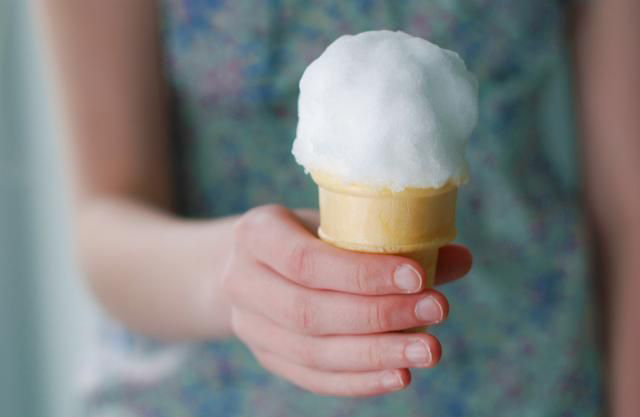 Trick question, what are you going to do with two feet of snow? The answer is to eat it. It might seem odd at first glance, however, you can get frozen desserts using the one ingredient: snow.

It goes without saying, snow off the sidewalk is not appropriate and undesirable for foraging. However, you can set a bowl out during a snowstorm or even scoop a fresh clean layer of snow just outside your apartment. Here are a few ideas on how to use your frozen forage…

Sweet Snow Ice Cream. One can reminisce on warmer days with Paula Deen’s recipe for Snow Ice Cream when the thought of it comes to their minds. Add condensed milk and vanilla flavoring to your collected snow and enjoy.

Snow Shakes. Ready to drink your snow? Mix a glass of snow with milk, sugar, vanilla extract and cocoa powder for extra flavor and grab a straw!

Snow cones. Seems pretty obvious, however, its taste is unfathomable delicious. Purchase flavored syrups and roll cardboard into cones to hold your snow. For those who prefer homemade, make a simple syrup with equal parts sugar, water and add twice as many fruits of your choice, heat until all sugar is dissolved. Let it cool and drizzle over snow!

Is it safe to eat snow?

We have had the opportunity to look at some of the snow recipes. However, we are left with an impending question, is snow safe to eat? Scientists have stepped in and here’s what they say.
The short answer is a resounding no, you shouldn’t eat snow, more so in urban areas. Since clear snow is aesthetically pleasing to look at than colored/dirty snow, it might not be safe and healthy to consume. According to a recent study done, it was discovered that snow in urban areas is prone to absorbing toxic pollutants from the air, to be precise, from the exhaust of cars and motorbikes.

Snow from rural areas is much safer to eat after it has fallen for a few hours. Although there are other areas of concern, like pesticide and other risks, but they are relatively low and they don’t pose a threat to one’s safety.

Ultimately, the purity and nature of snow is heavily influenced by several factors. For example: how it falls and how much of impurities it has absorbed from the environment. However, n urban areas there factors increase, further increasing the risk.