The benefits of chlorophyll have become a buzzword of the day. There is a lot of conversation about its healthy influence on all systems and organs of the human body. Particularly, it has an enormous healing power, as it helps in the treatment of gastrointestinal, renal, respiratory diseases, and even cancer. Also, it improves blood clotting, optimizes oxidation processes taking place throughout the human body, reduces inflammation, and boosts the immune system. However, another unique property of the pigment has been discovered. Not unlikely, it will trigger a revolution in the medical world! 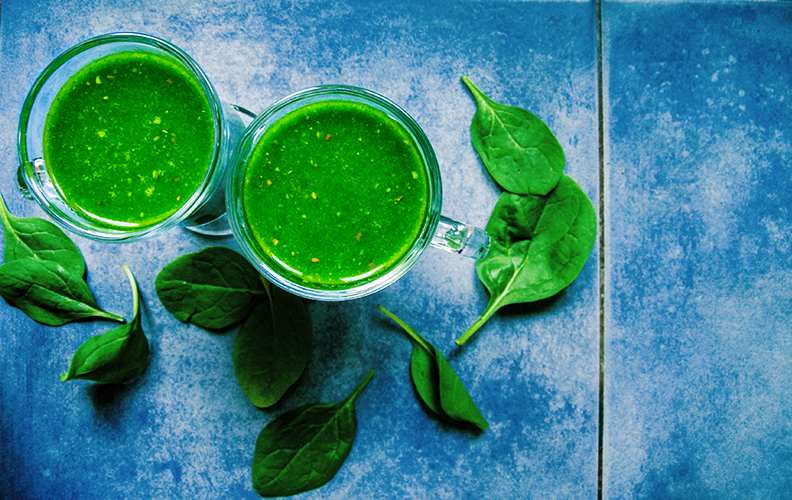 Are there boys or girls who have no idea what it is? If there are, here is a little explanation: chlorophyll is the green pigment, which is present in nearly all sorts of vegetation. It performs the most vital function – conversion of solar radiation into an energy form, which provides food for plants. Therefore, chlorophyll is widely considered to be a unique sort of food, which provides all vital nutrients, antioxidants, minerals, fatty acids, etc.

Chlorophyll fluorescence is the property, which is opening new horizons for the use of chlorophyll in imaging. The phenomenon is explained by the pigment’s ability to reemit light absorbed during the day, and it pretty much reflects the intensity of the photosynthetic process. A scientific team at the University of Buffalo launched a research project to evaluate the possibility of using this property in medical imaging. Particularly, the studies focus on using chlorophyll in examining the gastrointestinal tract.

As the study required, a patient was to drink a glass of vegetable juice. As it moved down the digestive tract and pervaded respective regions, screening procedures were applied, which exploited the fluorescence effect. In many ways, this experimental screening provided more detailed pictures than traditional screening methods.

The research was conducted in cooperation with the University of Wisconsin-Madison, and the scientists used chlorophyll derived from spinach and other vegetables.

Today, these organs are examined, and GI diseases are diagnosed through the use of X-ray, ultrasonic, magnetic resonance imaging, etc. Although they have proved effective in many ways, they do not guarantee a hundred-percent safety, and their use should be limited. Also, advanced surgical methods, such as endoscopy, are used. However, even though the damage it does to the body is minimal, it does not fully eliminate the risk of tears and ruptures. Besides, there are areas in the body, where a tube with a camera attached to it cannot penetrate without causing severe damage.

Given chlorophyll’s beneficial influence on the GI system and the rest of the body, there are good grounds to hope that chlorophyll will be accepted as a common element of health care and diagnostics. Not unlikely, in some cases the use of chlorophyll-based diagnostics will pretty much supplant the methods mentioned above.

Is chlorophyll already in use?

Sure, it is. But not in imaging. Yet! However, there is enough knowledge about its curative power, and there are no reasons to doubt that new hope-inspiring discoveries will follow. Many professional health care specialists advise their patients to include chlorophyll-rich foods in their diets.

Even though chlorophyll screening is still far from being recognized as effective, there is one thing we know for certain: chlorophyll is deservedly recognized as one of the healthiest ingredients ever discovered.