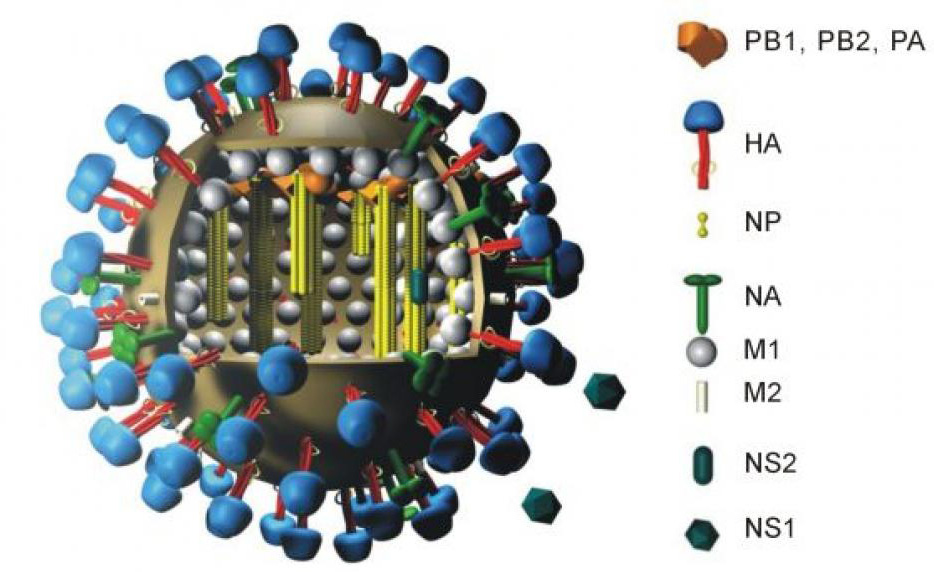 Scientists and doctors’ warnings came true. Human and bird flu have met in swine organism and appeared an awful and dangerous bird flu and, transferred from person to person, human one.

The universe is really in danger of fatal epidemy. If you consider that new virus (H1N1) is similar to 1918 “Spanish influenza”, it is evident why authorities of most countries are frustrated, because that virus was also ? (H1N1) variety. According to the most unpretentious estimations, Spanish influenza killed not less than 20 million Earthmen, though mortality didn’t exceed 2% at that time.

At present most people get annual vaccination, there are created good medicine, our warning systems let apply prompt preventive measures, immediately respond to disease incidence, appoint isolation period. Nevertheless viruses adapt to responded measures. Scientists have presupposed A virus epedemy for last years, but they were investigating and preparing to -2, -5 and -9 sub-types. All these years they were sooner waiting virus attack from South-East Asia rather then from North America.

Autumn is ordinary a season when problems connected with disease seriousness increases. Nominally it is possible to divide flu patients into two groups: the first are those who were healthy before flu infection, they suffer relatively easy from a disease. In second case flu is imposed on chronic diseases and presents serious danger for the patient. In both cases there is no need to play the time but call for a doctor as soon as possible.
As a rule, swine flu symptoms are similar to ordinary flu; nevertheless the whole picture varies from masked infection to serious fatal pneumonia. Easy and masked symptoms may stay undiagnosed; thus real disease dimensions among people are unknown.

Usually people get (H1N1) virus from infected swine, but there are cases when people do not contact swine or their environment. There are evidences when infection was transferred from person to person.

Do you know that the H1N1 type of swine flu is one of the derivatives of the kind that produced the 1918 flu pandemic? The infection affected not only pigs but humans of the 20th century. Moreover swine flu has been confirmed multitudinous times as a disease transferring to humans, generally with restrained spread.