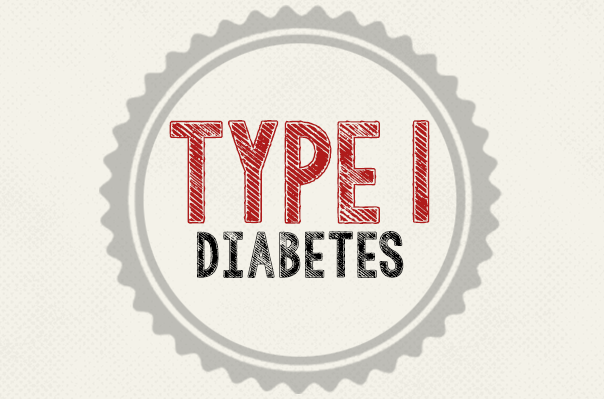 Type 1A or autoimmune diabetes, which accounts for 85% to 90% of T1DM, is characterized by the presence of auto antibodies to several islet cell molecules, including insulin, GAD, and IA-2, as well as by infitration of the islets and destruction of beta cells by mononuclear cells (insulitis). Although the presence of insulitis requires a tissue specimen for diagnosis, auto antibodies on the other hand can be measured from serum and are detectable years prior to the onset of hyperglycemia. Along with genetic screening and assessment of stimulated insulin secretion, auto antibodies can also be used to predict the development of T1DM in at-risk populations.

Although the risk of developing the disease for first-degree relatives of subjects with T1DM compared to the general population, over 85% of patients who develop autoimmune diabetes do so in the absence of a positive family history. Several genetic factors that increase the risk of developing autoimmune diabetes have been identiашed; the best characterized and studied are the DR3/DR4 alleles in the MHC (HLA) complex.

It is still unclear what triggers the initial immunologic attack on the beta cell, but a combination of both genetic and environmental factors is likely to be involved. Once auto antibodies are detectable in the serum, many of these patients will go on to develop insulitis and beta-cell destruction eventually leading to metabolic instability, hyperglycemia, and possibly ketoacidosis.

The mechanisms underlying the progression of the autoimmune attack on the beta cells have been extensively assessed in the rodent model, but unfortunately remain incompletely understood in humans, where access to injured tissue (pancreatic islet cells) and other factors have limited our ability to better address the pathology of diabetes. In this chapter, we will review the natural history and the development of the metabolic abnormalities that characterize the progression of autoimmune diabetes and try to link these clinical observations to possible pathogenetic factors.

We will conclude by describing the relationship of T1DM to other autoimmune syndromes that share similar genetic predisposition.

Do you Suffer from Sugar Diabetes?