Osteoporosis is considered one of the ten most common diseases. In Europe, one in three women and one in five men are affected. Often this serious disease is still underestimated. However, this article was written to help the old age get stable bone and fit mobility to go through life. 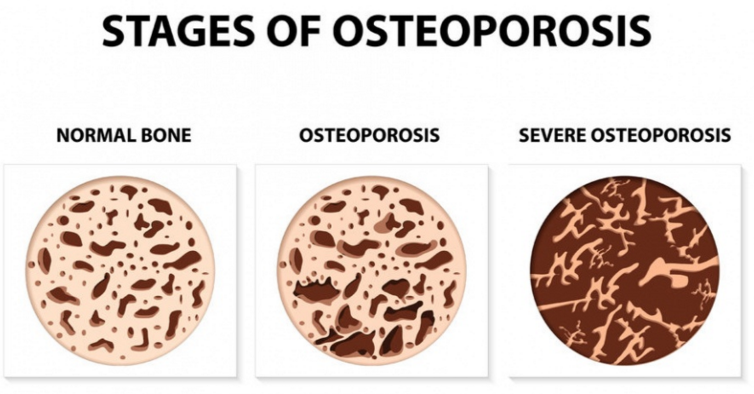 The first decade of the new millennium, the World Health Organization (WHO) as a “decade of bone and joint diseases” was proclaimed. Alarming is that about 7 million patients in UK, with just over one million having an effective drug treatment. Just a few years ago it was even doctors who considered it normal if an elderly woman is suffering from related osteoporotic vertebral fractures with a small and ugly “dowager’s hump” developed. The sequence of the resulting constant pain and movement restrictions was bitterness, depression and loneliness. In fairy tales, this clinical picture aptly described as “wicked witch” or “Old Bucklige”.

Today, osteoporosis can be completely avoided, and early on, it is even curable. We are now able to make the bone density and fracture risk accurately and easily determined. And with innovative new drugs to stop bone loss and bone rebuilding.

The term osteoporosis with “porous bone”-being. “Osteo” means bone and “Porose” you can translate with permeability.

Osteoporosis can be thought of as a negative bone balance over many years, imagine the long runs unnoticed until suddenly like a bolt from the sky with little cause, such as violent sneezing or striking an object, a fracture occurs. In general, follow vertebral collapse, the duration of severe pain, Skeleton deformations and acceptance of accompanied body size.