Loneliness has always been considered a thing capable of causing depression. However, it is not only your mood that can be affected by it. Scientific evidence on the impact of social isolation that is being accumulated as new reports are being published suggests that not only does it increase the risk of a wide range of diseases, but it can also contribute to all-cause mortality risk.

Interpersonal connections play an important role in the life of a human being. Besides the immediate effects of communication, it helps a person engage in other activities and increase the level of physical activity. When talking to people, you can build relationships, confide in someone, ask for help, get something that bothers you off your chest, etc. Even if there is no person to confide in, communication helps keep yourself busy and improving – something many people miss out on. It is not without reason that seniors are recommended to adopt a pet – having a creature to take care of means more communication and duties, and it is easier to stave off diseases this way.

A recent research found that social isolation is associated with a higher risk of diseases and death. Still, the association was more pronounced in white study participants than in their black counterparts.

A team of researchers from American Cancer Society, led by K. Alcaraz (PhD), reported that social isolation can be a risk factor of heart disease (which had already been reported earlier) and all-cause mortality regardless of race. Besides, in the white population, it can also contribute to the risk of cancer mortality.

In total, 580,182 participants enrolled in the study. Actually, in the new paper, the scientists used the data collected in the course of the Cancer Prevention Study-II, which began in 1982. The volunteers were followed up to 2012. Their levels of social isolation were measured using a special scale including such factors as marital status, whether the participants attended clubs, whether they attended religious services on a regular basis, and the number of relatives and friends.

Having analyzed the data, the researchers found that the association between social isolation and race was stronger than the one between sex and isolation. The study results suggest that white females and males are more likely to be socially active than the black population. Being socially isolated appears to increase the risk of all-cause mortality, with the strongest association observed in the first half of the 30-year follow-up.

Another finding was that while heart disease mortality risk was increased in both black and white participants who reported being socially isolated, the risk of cancer in them was different. In white men and women, isolation did appear to contribute to the risk, but in black participants, it did not. Besides, all the social isolation factors were linked to cancer mortality, except for lack of friends. Still, all the components, including having fewer relatives/friends, turned out to play a role in the increase in the risk of all-cause and cardiovascular mortality.

The study described above found that social isolation can increase the risk of death significantly: in white men, it was 60% higher; in white women, 84% higher; and around 50% higher in black participants regardless of sex.

As seen from this statistics, failing to be part of society has a detrimental effect on health. This is not to say that you should marry as soon as possible and join a golf club – even if you have hated it since you worked as a caddy when you were a teen. But social isolation can definitely be a dangerous thing, which is capable of affecting your mind and body. As for a sports club, the idea is not that bad, actually.

Social Isolation and Mortality in US Black and White Men and Women – academic.oup.com 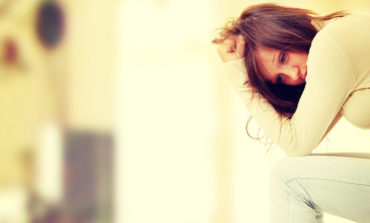