Even if you are not that much of a bookworm, having a lot of household books in adolescence is associated with being better educated when you grow up, recent findings reported by Australian scientists suggest. Their study also revealed which countries scored best in terms of being a proud owner of their own library. 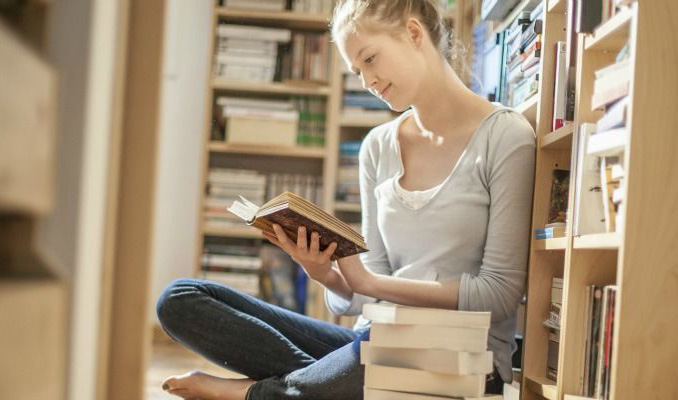 Is it considered a norm to have a lot of books in the house in your country? It appears that different traditions mean different home libraries – though income levels could also be to blame.

A team of scientists from the Australian National University, who were joined by their colleagues at University of Nevada, has recently reported that the difference in the average number of books owned may vary significantly from country to country.

The researchers carried out a survey in which adults aged 25-65 living in 31 countries told the scientists how many household books they used to have when they were adolescents (16 y.o.).

According to them, the greatest bookworm land is Estonia: its citizens remember having the whopping 218 books per household, and a significant share of Estonians have over 350 books (35%). They are followed by Norway (212) and Sweden (210), suggesting that Northern countries have to read something while sitting by the fire and waiting for another long winter to wave goodbye. This idea is supported by the fact that their immediate neighbors in the top 15 list are also Northern people (except for the Czech Republic participants, but they are not that far from the leaders): the Czech Republic (204), Denmark (192) and the Russian Federation (154).

As to those who hardly ever had any books at home, these are people from Turkey (27 books on average!), Singapore (52) and Chile (52). In Turkey, none of the respondents had more than 500 books (in other countries there were such households), and the majority of those surveyed (60) reported having only 5 books.

As far as English-speaking countries are concerned, their results leave a lot to be desired: Americans had 114 books on average (just below the world average of 115), Canada had 117, and the UK and Australia fared better: 143 and 148 respectively.

However, it is the association between being surrounded by books as an adolescent and having better literacy, IT and math skills that is most interesting.

Having compared literacy levels of those who graduated from a university but were not exposed to lots of books with those who studied for 9 years and had plenty of books in their household, the scientists found that they were the same.

The effect was most significant in those who were most disadvantaged, suggesting that poorer families can try to fill the gap by ensuring better exposure to books. It is worthy of note that the association remained consistent even after adjustment for sex, educational level of parents, the participants’ own education, age, and job.

Since the researchers had detailed data on Australian participants, they looked closely into their cases and found the same association with IQ, wealth and performance at school.

And it’s not just reading that does the trick: just being exposed to books is reported to be beneficial. Growing up in such environment helps develop cognitive skills. The new findings echo previous research on the issue.

Having your own home library is beneficial in many ways, and this new study sheds light on one more advantage of it.

Generation Z: Who are They?