The very notion of a superfood is debatable. Technically, there is no such term as a superfood. This is a term devised by the marketing industry to draw consumers’ attention to foods with presumably higher nutrition value and profound health benefits. Still, the concept is widely used as it embraces a range of vegetables, fruit, nuts, berries and healthy grains that are normally considered part of virtually any healthy diet – without being termed in a way that is so mystically appealing to those who are liable to follow the already-established trend.

The key reason why the chia seed craze is all the rage is that it is touted as the best source of omega-3 fatty acids. Advocates of regular consumption of chia seeds claim that there is no other food that contains such high amounts of omega-3, and that it even beats fatty fish in terms of the nutrient content by a factor of 8.

The thing is, omega-3 fatty acids can be of different types: the ones found in fish are DHA and EPA, and chia seeds have ALA in them. Admittedly, the body can convert ALA to DHA and EPA, but only a small part of it (around 1%). It means that fatty fish is still a much better source of the nutrients in question, because unlike chia seeds, they contain it in the form that is preferable by the body and easy to use.

However, acai are not devoid of health benefits. Its flesh has been shown to be capable of reducing blood pressure, and the amount of antioxidants found in them is high.

Tales of asking for evidence: are chia seeds all they’re cracked up to be? – chronicleflask.com 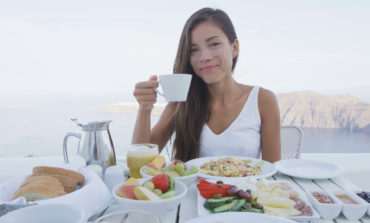