Your breath is not only indicative of what you have just eaten – the air you exhale contains information about what is going on in your body. While some breaths have long been known as symptoms of health conditions, analysis at molecular level is a novel approach. A new machine designed by an international team of researchers boasts being able to sniff 17 diseases. 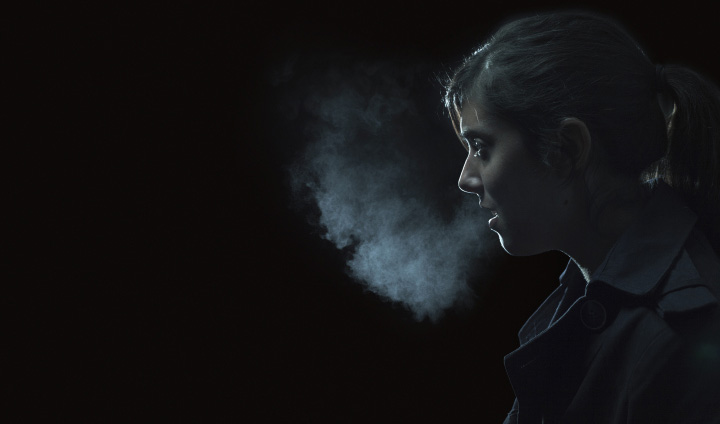 Forget the garlic smell. Your breath could tell researchers some more rather than just letting them know you have recently enjoyed a clove or two.

If you have bad breath, it may be a sign of an underlying health condition – and usually is. They may vary from not-that-serious ones (which are at least not life-threatening, and in most cases they remain so even if left untreated for some time) to deadly, like diabetes, which can affect your life significantly even if managed.

Simple breath analysis has been part of medical diagnostics for ages. Hippocrates, a physician who lived at the time of Ancient Greece, would smell his patient’s breath in an attempt to identify what may be behind the problem. Science has advanced since then, and new projects prove it. Today, volatile organic compounds in breath are used to diagnose liver cirrhosis, diabetes and other diseases.

A team of researchers from Israel and their international colleagues have reported that their new machine is capable of detecting compound ratios in patient’s breath indicative of a disease. This is the first equipment of its kind to be able to detect not just one disease, but a range of them.

The new powerful diagnostic tool can analyze breath composition to detect ratios associated with ovarian, lung and prostate cancer, Crohn’s disease, kidney failure, multiple sclerosis, and several other diseases. It is worthy of note that the accuracy is reportedly very high and makes up around 86%.

The scientists have already tested their invention and analyzed breaths of over 1,400 volunteers. The participants’ mean age was 55, and men and women were almost equally represented. 1/3 of the participants were smokers.

The machine uses mass spectrometry analysis and a sensory array comprising gold particles and carbon nanotubes, and has AI integrated to learn new ratios to look for. Once it has been shown what compound ratios it should be able to recognize, it can do the following tasks.

The problem with breath analysis is that the compounds being detected and compared, which are called volatile organic compounds, are not specific to any particular disease. That is why introducing this type of ratio analysis appears to be a breakthrough.

Given the affordability, convenience and accuracy of the machine, it is clear that such equipment would make diagnosis faster and more accurate, so say nothing of making it non-invasive. It could help diagnose a disease with a simple breath test before other diagnostic tools are used (tests can be time-consuming, expensive and unavailable ASAP).

However, medicine is not the only area where the new equipment can be utilized. Theoretically, it can detect spoilt food and help find explosives similar to the way dogs do (though dogs are still the most efficient sniffers!).

Diagnosis and Classification of 17 Diseases from 1404 Subjects via Pattern Analysis of Exhaled Molecules – pubs.acs.org

Comparison of breath gases, including acetone, with blood glucose and blood ketones in children and adolescents with type 1 diabetes – iopscience.iop.org