One of the psychological terms which have recently been dusted off is impostor syndrome. Not a disorder proper, it has preoccupied the mind of many a scholar, but the true essence of the issue remains elusive. It has been blamed by most people as a hindrance to career and a thing which is not in line with the American perspective on the world. But is it something that undesirable? Isn’t its opposite even worse? 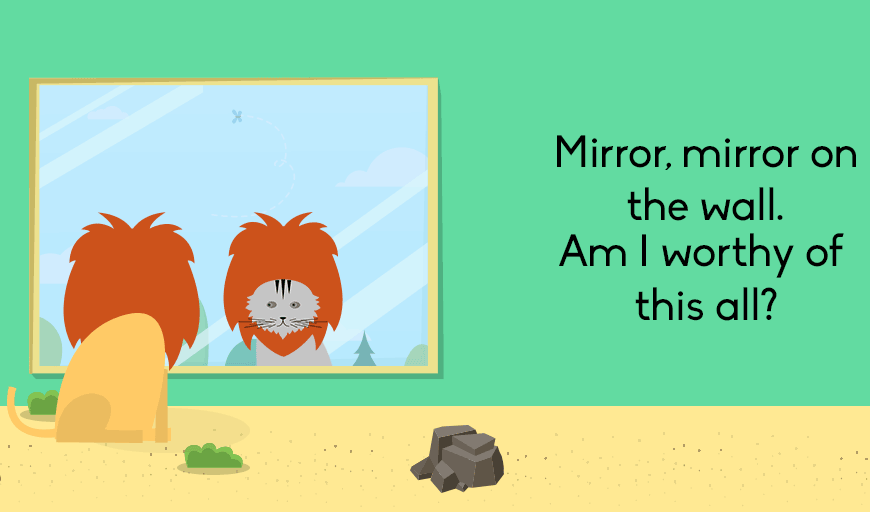 Impostor syndrome, which is not included in any documents and official guidelines as a disease proper, is still a popular thing to discuss during psychotherapy sessions. It is characterized by failing to acknowledge one’s own skills and achievements and attributing them to someone else instead. Blaming yourself for being a thief, as you take the position that all others deserve more; and thinking that there is no contribution of yours in the results you are enjoying, such as an impressive salary, praise, or some other benefit.

The syndrome is the subject of a wide range of works regarding the possible strategies to overcome the alleged “flaw” trait, as it hinders your career and makes you depressed. The Internet is teeming with advice like “how to start respecting yourself in three days”, “five steps to being confident”, etc. So-called life coaches offer lectures on how to be “the best you”–with the lectures themselves costing a bomb. Everything seems to be aimed at counteracting something that prevents you from thinking that it is solely your efforts that led to your success.

So characteristic of the American perspective, this view on the issue has become part of what “any successful person should think of themselves”. There is another edge of the sword – impostor syndrome has its benefits, and they may well outnumber the disadvantages of having one.

A pinch of controversy

On the one hand, constantly blaming yourself and feeling that you reap someone else’s benefits has its cons.

First, if you hold a position, it means you were appointed by someone else. One cannot judge their own skills properly – it is an innate inclination specific to humans to be self-blind, as far as your own capabilities are concerned. Nearly all people–and “nearly” is used here just to be on the safe side–have a distorted impression of their own appearance, skills, merits, etc. You either think of yourself better than you should (true of many people), or consider yourself a loser even if you do your job properly (the so-called impostor syndrome).

As you are appointed by someone else, it means this someone has assessed your skills and deemed them enough to promote you. It is fake modesty to reject such offers, and the best strategy here is to work hard and do what your are supposed to do – you cannot have an accurate image of yourself, and so accepting the benefits you are given is just reasonable. However, there is a pitfall that should be avoided, and it will be mentioned in the next section.

Second, feeling like an impostor prevents you from functioning the way you should, which increases the risk you will focus on your ambivalence instead of working, thus letting down others.

Not so bad, after all

However, these cons of being “an impostor” are kind of offset by the benefits it may bring.

First, extreme confidence, which is fostered in the society and has become a widespread agenda, breeds pridefulness and arrogance. Many people think too highly of themselves, and such an attitude is a byproduct of the “you-are-perfect” messages circulating in the media. There is always someone better than you are, and there is no psychological approach that can change it. Impostor syndrome keeps the ego under control, and inflated ego is a thing to be avoided.

Second, “impostors” are more likely to keep on developing. They do not rest on their laurels (not everyone does so, but many do), unlike super confident people who believe they have already done everything they should and all that is left is to reap the benefits.

Don’t get us wrong: the depression which can be caused by the syndrome in question is definitely a problem which should be eradicated. But the very perspective of feeling that there is room for improvement, that there are other forces that helped you to climb the career ladder, and that your contribution to your success was not the only one is actually a healthy one, if it is reasonable. Simply because it is true.

Finding this balance is a tricky thing, and it is very difficult to understand where excessive self-criticism meets arrogance.

Impostor syndrome: What is it and do you have it? – Abc.net.au