An invasive species, Brazilian peppertree is known to anyone who has been to or lives in Florida. Its seeds are sometimes used as a spice which adds a pepper-like flavor to dishes, but it is notorious for being difficult to control, as it grows quite fast and spreads to other areas easily. However, it appears that it can help humans, and not only by producing oxygen: its berries can fight infections. 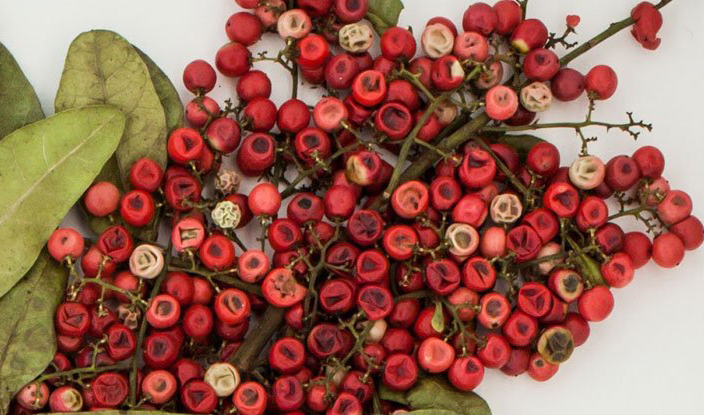 The species has been used by traditional healers in the Amazon for ages, and its primary use was treatment of infections. Anecdotal evidence has always aroused everyone’s interest, but now it is also backed by scientific evidence, which suggests the tree’s berries contain chemicals that can counter the activity of bacteria that are difficult to beat using conventional methods.

Considered a weed, Brazilian peppertree is not held in much respect, and new findings could possibly repair its tarnished reputation.

Help from an unexpected source

A team of scientists at Emory University carried out a study which found that berries from the tree in question have properties that can be used in medicine, and it is not some mild effect that can well be neglected, but disruption of processes carried out by microorganisms resistant to antibiotics.

It is the experience of indigenous people that led the scientists to believe there could be something interesting to it. Locals from the Amazon have long been using the berries by applying them to skin and tissues affected by infection, and this observation led them to think that some chemical in the medication could affect the bacteria causing inflammation and diseases.

They analyzed what compounds there are in these berries, and tested these chemicals against various bacteria to find out what mechanism underlies the effect. Mice experiments revealed that a specially refined composition derived from the tree berries, which is rich in flavones, is effective at keeping dangerous germs at bay, namely MRSA. It is a kind of Staphylococcus auereus, a widely spread species, that is resistant to an antibiotic called methicillin.

What is even more curious is the way the composition affects the bacteria. It does not kill them, but prevents them from releasing their toxins. It does it by means of suppression of the gene responsible for communication between the germs, so they cannot cooperate and do harm to the body using their toxin. Since they are disarmed, it becomes easier for the immune system to devour all pathogens so that the wound can heal faster and without infections.

A difficult problem to tackle

Antibiotic-resistant strains of bacteria pose a serious threat to people, as in the U.S. alone, over 2 million cases of diseases are caused by such germs, and 23,000 of them result in death. The global mortality figure is 700,000, and it is expected to increase fast, because more bacteria are becoming resistant to currently used medications.

That is why the newly found effect of Brazilian peppertree chemicals can hold potential for putting a bridle on MRSA: instead of killing them and thus promoting strengthening of those germs that survive the antibiotic attack, the composition disrupts their processes. Another advantage is that it apparently does not harm the skin or tissues to which it is applied, and even harmless bacteria normally found on the skin are not affected by it.

Given its spreading capability, it is logical to expect that this weed-like tree must have some interesting properties, and now at least one of them is going to be used in medicine.