Yes, there is no mistake in the headline. Bacon, which has been part of our traditional breakfast for a long time, is now accused of being as harmful as cigarettes, and so are other types of processed meat, including sausages and ham. Actually, it was announced in 2015 and caused the reaction known as the bacon panic, but then the fear abated. This year, the issue has been highlighted again as more evidence is accumulating. 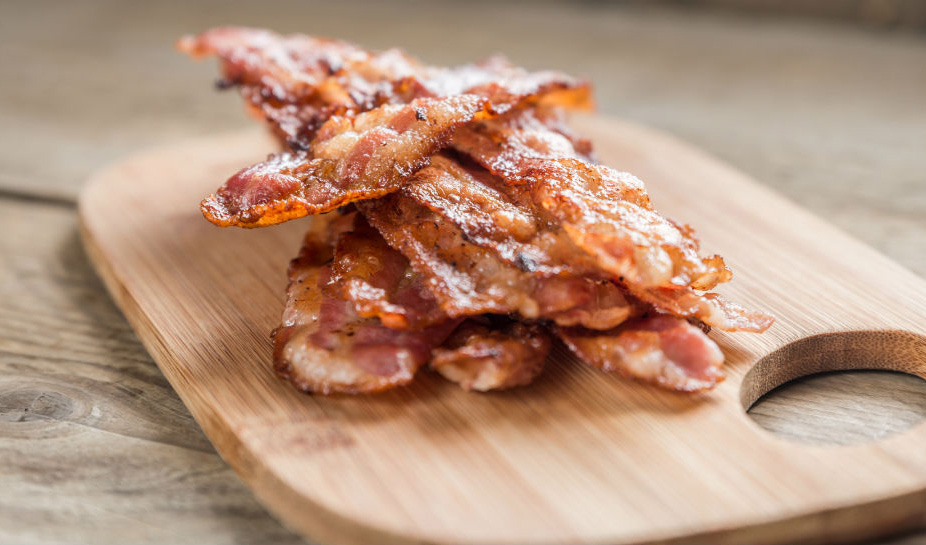 Yes, there is no mistake in the headline. Bacon, which has been part of our traditional breakfast for a long time, is now accused of being as harmful as cigarettes, and so are other types of processed meat, including sausages and ham. Actually, it was announced in 2015 and caused the reaction known as the bacon panic, but then the fear abated. This year, the issue has been highlighted again as more evidence is accumulating.

The bacon debate has been fierce since the announcement in 2015, which came as a bolt from the blue, when the WHO added processed meat to the list of carcinogens, which also features cigarettes, asbestos and other health offenders. Leaving the meat lobby furious, the news set the Internet aflame and caused supermarket meat sales to drop overnight. Later, when everyone gradually became used to the thought, the figures returned to their previous marks, but it was due to the meat lobby’s efforts that people unknowingly turned a deaf ear to the issue.

As a smokescreen argument that helped meat proponents win the battle, they claimed that nitrites, which are used in processed foods and bacon in particular to give the meat its pinky color and accelerate the processes of curing, are not as harmful as they are usually described: in their view, nitrites prevent anaerobic bacteria from multiplying inside the food, thus preventing botulism.

The argument seemed convincing, and it was supported by a team of researchers from the University of Wisconsin funded by the meat lobby, and lulled consumers into resuming to buy bacon. Everyone seemed to have forgotten about the association between bowel cancer and processed meats, until a new wave of scientific evidence came in January as another blow to the meat industry. 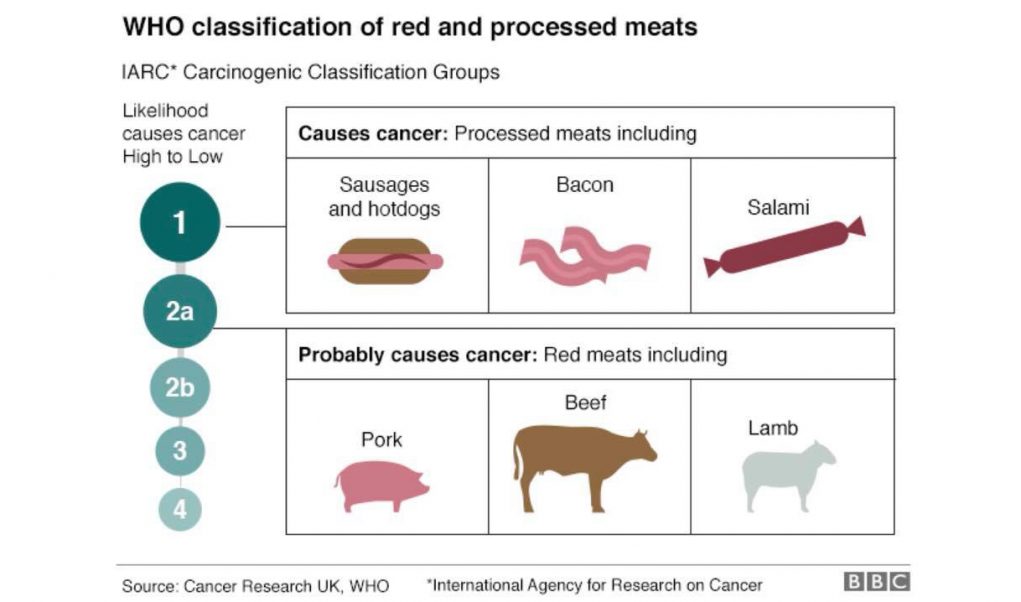 It is dangerous, after all

According to the previously published data, every 50 g of bacon eaten on a daily basis increase your risk of developing bowel cancer by around 18%. Given that the basic risk is considerably low, say 5%, the increase is not that significant (at least it appeared to be so). Meat consumption is blamed for causing around 21% of all cases of bowel cancer, whereas tobacco, which is found in the same list of carcinogens, is reported to be responsible for 86% of lung cancer cases. However, if we consider the statistics provided, it becomes quite chilling.

About 34,000 cases of cancer are reported to be caused by processed meat consumption. All these extra deaths are unneeded and could be prevented, says the WHO. Yes, meat contains quite a lot of nutrients and proteins, but these chemicals can be received from other sources, including plants. It is worthy of note, though, that the WHO did not propose banning processed meat or recommend that everyone stopped eating the controversial foods at all. It all boils down to moderation, say many researchers, but some admit that zero processed meat would be the safest option.

There are other major risk factors that could contribute to an increase in the risk of bowel, and not only bowel, cancer, like obesity, smoking, and abusing alcohol, but the link between processed red meat and cancer risk is now backed by another study, which showed that eating just 9 g (nine!) of bacon a day could result in a significantly increased risk of breast cancer.

The bottom line is that while red meat could potentially be carcinogenic, it is processed meat that should be avoided. The foods falling into this category are those that are cured using nitrites and nitrates, so if you cannot live without meat on your menu, it is a good idea to substitute salami, chorizo, bacon and other processed meat with prosciutto di Parma, which has been nitrate-free since 1993, when Italians abandoned the practice, or even with British sausages, which are not cured and contain only mince, herbs, salt and breadcrumbs.