Considered one of the standard tests in social-science research, the marshmallow test is designed to predict whether a child is likely to succeed in the future and achieve affluence. While it has been touted as indicative of having the willpower to achieve prosperity, new scientific evidence shows that changing the test design leads to a different result, rendering the test unreliable. 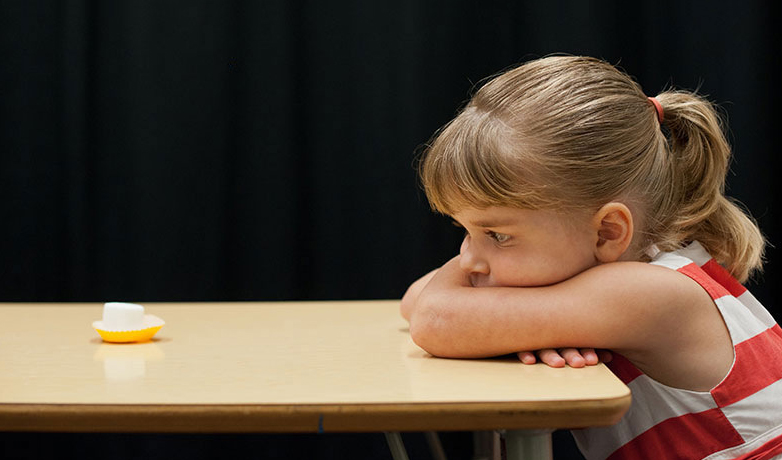 What is the marshmallow test?

The first time kids were asked to put their willpower to the test for scientific purposes was in the 60s, when the marshmallow test was introduced. While it looks somewhat funny to adult eyes, it appears to be really challenging, as far as children are concerned. A child aged 3-5 is left alone in a room with a marshmallow on the plate. The child is told that they can have the marshmallow now, or wait for 15 minutes without touching this marshmallow to get twice more afterwards. If the child manages to be patient enough to refrain from indulging in the sweet immediately, such a result is believed to be indicative of having a willpower capable of leading the child to success in career, including school performance and work.

The test has long been considered a good way to find out whether the child is able to delay gratification, and the conclusions made on the basis of the test results were touted as credible.

Since then, children have changed: their ability to resist the temptation to devour the sweet treat immediately improved by around 2 minutes, compared to the result achieved in the 60s. It remains unknown what the reason for the change is, but it is attributed to better planning skills and earlier exposure to electronic devices.

However, it is not the only change which distinguishes the test carried out half a century ago from its modern version. It turns out that the assumption that the test can reveal the likelihood of further success does not stand up to scrutiny, as the test appears to be poorly designed initially.

In a recent study carried out by researchers from the New York University and the University of California, the good old classic test was restaged. Its developer, Walter Mischel, conducted a research that could not be considered a large-scale one: fewer than ninety children were enrolled, and, what is even more important, they all were Stanford campus preschoolers. In the 90s, he reported that those children who had passed the test enjoyed considerable benefits, including better standardized test scores. According to the NYU and CU scientists, the test design was not devoid of major flaws, as not all social groups were represented.

The new research included over 900 children with different backgrounds in terms of parents’ education, household income, and ethnicity.  This time, the marshmallow challenge failed to be a sign of a better outcome even if passed. Instead, the researchers came to the conclusion that it is the socio-economic factors that come into play and affect the child’s performance during the test.

Those who come from poorer households are not used to having luxury treats or even simple food at any time, so they jumped at the opportunity once they had it. They preferred not to wait until they are given more because they did not quite believe there would be more, and this perspective is presumably shaped by the environment they live in.

That being said, if your child fails this test, it does not mean his or her studying or working will be hindered by their inability to wait for another treat: it’s just indicative of a cautious way of using resources, which might not be available soon even if they are available now.