With more people converting from common smokers to e-cigarette vapers, and more youngsters falling victim to the new trend, researchers aim to reveal what harm smoking e-cigarettes brings. It is clear that the tobacco contained in the liquid is dangerous, but it turns out that the flavorings added in it are no less noxious. 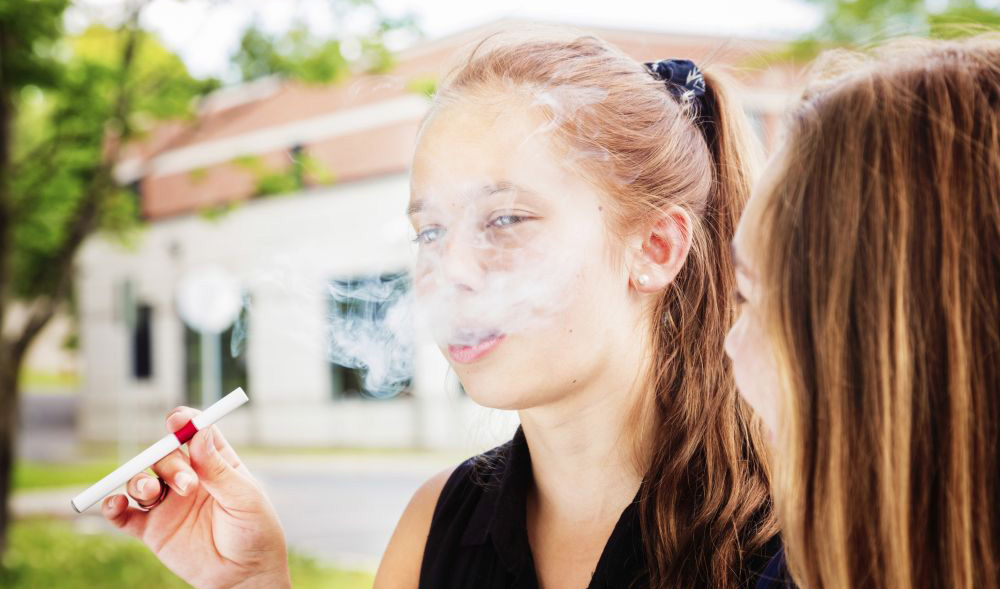 Juuling is on the rise, and more young people are being allured by the seeming innocuousness of e-cigarettes. While e-cigarettes are touted as a safer alternative to conventional cigarettes, more scientific evidence disproving the assumption is accumulating. The flavorings used to make the vapor taste like strawberry, vanilla, mint, banana or something else make electronic cigarettes more attractive to teenagers, who often do not even know what the liquid for vaping contains.

A team of scientists from Boston University carried out a study aimed at finding out what dangers lurk in the liquids e-cigarette users vape. They looked into what effect the most popular chemical flavorings have on the cells which are found in the heart and used as lining in blood vessels. These cells are termed endothelial.

The endothelial cells tested at the first stage were provided by 21 volunteers, 9 of whom did not smoke, 6 smoked cigarettes containing menthol, and 6 were common cigarette smokers. After the cells taken from smoking volunteers of either type were exposed to calcium ionophore, a nitric oxide deficit occurred. This very effect was observed when the samples provided by non-smoking participants were exposed to either a clove or a mint flavoring.

Nitric oxide is a chemical used by the body to prevent clotting, reduce inflammation, and widen blood vessels when needed. Deficiency of nitric dioxide is a marker indicating cardiovascular disease.

The team analyzed how different concentrations of flavorings affected culture endothelial cells. They revealed that the highest levels inhibited nitric oxide production regardless of what flavoring it was. Five flavorings, namely clove, cinnamon, burnt flavor, vanilla and mint, caused inflammation, as the level of IL-6 increased, and reduced nitric oxide.

Cinnamon, clove, vanilla, and burnt flavor led to an increased level of IL-6 (the one pointing to inflammation), and inhibited nitric oxide. The mint flavoring turned out to be capable of doing the latter even if it is present in very small amounts.

All the flavorings killed the cells when the concentration used was high; if it was a little lower, banana, spicy cooling, clove, cinnamon and strawberry could still cause cell death. The strawberry flavoring appeared to be the most potent cell killer, as the effect was observed even at the lowest levels. Besides, eugenol and the vanilla flavoring increased oxidative stress.

As seen from the long list of adverse effect mentioned above, smoking e-cigarettes may well be just as dangerous as smoking conventional cigarettes and lead to heart disease.