More people are choosing healthy lifestyles, and in their attempts to make every aspect of their lives healthier, they jump at every opportunity to try something touted as a superfood, natural alternative, or something else that is ascribed a long list of health benefits. Pink Himalayan salt is one of such fad products. But is there anything special behind it? 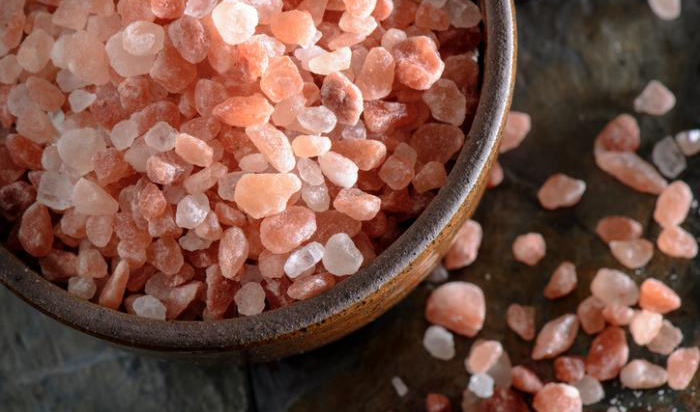 As with any other food trend, pink Himalayan salt is praised on myriads of websites claiming that the salt is far superior to the common salt and can even cure diseases.

Here is the foreword. No, it cannot. It is just salt, not a cure-all, and while it differs in some ways from the salt we are used to seeing on our tables, there is no secret ingredient that makes it work miracles.

What is the difference?

Despite the name, which sounds mysterious and healthy, pink Himalayan salt is mined not in the Himalayas, but in Pakistan. But it’s really pink, though. The color is explained by higher mineral content.

The common salt (the one usually called table salt) is around 98% sodium chloride. Hundreds, if not thousands, of websites insist the content of the chemical in its pink counterpart is far lower–about 87%–but there is no scientific evidence proving pink Himalayan salt is superior to common salt in terms of sodium chloride content. There is a trick that can be used to explain lower sodium amounts: crystals of Himalayan salt are usually larger, so one teaspoon of the pink salt has less sodium chloride than a spoon of table salt simply because there is more space between the crystals.

Pink salt contains more minerals, up to 84 of them. Actually, there are traces of minerals, so the amounts consumed from pink salt are not likely to affect health significantly, especially if we take into account that the intake of salt itself, regardless of whether it is pink or not, should be limited to 2,300 mg per day – that’s just one teaspoon or so.

Are there any health benefits?

You may have heard that Himalayan salt is effective at detoxing and regulating blood pressure, and has many other specializations that do not stand up to scrutiny. Himalayan salt may contain more minerals, but the wonder effects attributed to it are not backed by scientific evidence: there is no data showing it is better than common salt.

One of the few advantages that are reasonable is its being more natural. Processed salt often contains additives that are designed to prevent salt from clumping, and Himalayan salt does not–at least it is supposed not to–contain additives.

While sodium is really required by the body to function properly, and insufficient intake of sodium can even increase the risk of diabetes, most people would benefit from lowering the amount of salt consumed daily, not increasing it. That is why promoting Himalayan salt as a superfood can lead to more health issues due to increased consumption of the “super-healthy” salt.

One should also be careful when buying Himalayan salt, as counterfeit products are found in many stores: some even advertise pink Himalayan salt, which is mined, as sea salt!

What about Himalayan salt lamps?

Another wet blanket conclusion: no, Himalayan salt lamps apparently do not have any direct positive effects on health. They may look gorgeous, though, and can make your room more comfortable thus improving your mood.

The bottom line is that pink Himalayan salt is similar to the common salt we are used to, and there is no reason to switch to it other than its being more natural and less processed and containing no additives.