Sooner or later, every woman faces the fact she is in menopause. It can begin at different ages, but all of them will be close to age 50. A menopause that happens earlier or later than average is associated with health problems, and knowing when you are going to have yours could help prepare for it. In a new study, researchers report that dietary choices could make a contribution to menopause timing. 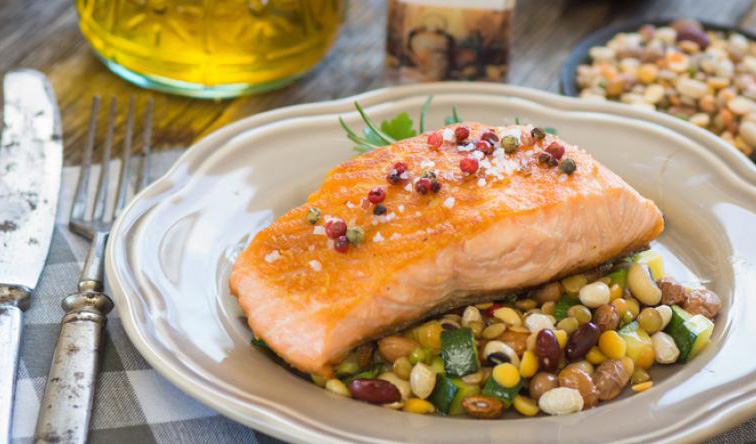 A team of scientists from the University of Leeds carried out a study aimed at finding out whether there is an association between what a woman eats and when her menopause begins. Their findings suggest that consumption of a lot of refined carbohydrates can lead to an earlier menopause, while antioxidant-rich foods are capable of delaying it.

They surveyed 914 women from the UK and asked them about their dietary choices. Then they looked at when their menopause began, and took into account other factors which could affect its timing, including reproductive history, body weight, and history of hormone replacement therapy.

It turned out that in those who eat a lot of legumes, a menopause happened 1.5 years later. Conversely, it came 1.5 years earlier in women who preferred refined carbohydrates, such as pasta and rice. As for legumes, chickpeas, beans, lentils and peas appeared to be involved in the association.

Not the only factor

The researchers warned that avoiding rice and pasta just because of this association is not a good idea, and there are several reasons for it.

First, association does not mean causation, and the evidence they have does not enable them to be sure consumption of certain foods alters menopause timing.

Second, there are other factors which contribute to when a menopause begins, including genes, which were not taken into account in the study.

How does food affect menstrual timing?

It remains unclear how foods can delay menopause, but the scientists suppose they are mediated by hormones. Refined carbohydrates can contribute to development of insulin resistance, and diabetes or pre-diabetes can disrupt sex hormone regulation, which leads to an increase in estrogen levels. In its turn, it results in faster menstrual cycles, and the egg supplies are depleted faster, as there are fewer eggs remaining after every cycle.

As far as the menopause delaying effect is concerned, it is attributed to the antioxidants found in legumes and foods rich in omega-3 fatty acids.

Why is it important?

Earlier studies revealed that women who go through this period earlier are more likely to develop cardiovascular diseases and osteoporosis, while in those with a history of a late menopause, the risk for ovarian, womb and breast cancer is increased.

Knowing when your menopause is going to begin can help monitor the state of particular organs more closely and undergo regular health exams. If you have a family history of an early or late menopause, it could also help prioritize certain screenings.

It is another piece of scientific evidence supporting healthy dieting, which brings another dimension to the list of healthy food benefits. Legumes and omega-3 fatty acids, the most famous source of which is salmon, are part and parcel of the Mediterranean diet, which is praised for its important role in maintaining body health. The advice remains the same: trade refined carbs and sweets for vegetables, legumes and fish.