Oriental practices have been gaining popularity for quite a long time, but the effects they produce on the brain remain elusive. Several new researches are being carried out to uncover what mechanisms are behind mindfulness and meditation, and what changes they trigger in the brain. Preliminary findings suggest such practices can help those with depression, anxiety and PTSD. 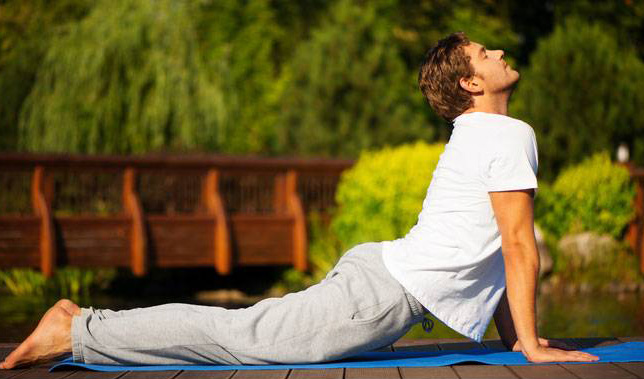 Oriental practices have been gaining popularity for quite a long time, but the effects they produce on the brain remain elusive. Several new researches are being carried out to uncover what mechanisms are behind mindfulness and meditation, and what changes they trigger in the brain. Preliminary findings suggest such practices can help those with depression, anxiety and PTSD.

Currently used treatments of depression involve cognitive behavioral therapy and special medications. In some people, they help; in others, they don’t. The quest for alternative methods of treatment is an arduous task, as those who do not respond to common therapies need something else to tackle the problem, but exploring the depths of the brain and depression mechanics is no piece of cake.

There is anecdotal evidence that meditation, which is part of many an oriental religious practice, can relieve stress-related symptoms. “Spiritual” aspects aside, such an approach really can trigger changes in the brain that may help relieve depression, say researchers.

A team of scientists led by Benjamin Shapero and Gaëlle Desbordes from Harvard Medical School is conducting a research into how mindfulness-based meditation affects depressed patients. The experiment was started in 2014 and is expected to last 5 years, ending in 2019.

A previous study led by Harvard researchers demonstrated that meditating for 15 minutes a day can cause changes in gene activity, including the ones involved in regulation of glucose metabolism, inflammation, and circadian rhythms, and that is why meditation could be associated with blood pressure reduction. Other problems which mindfulness could help grapple with are fibromyalgia, anxiety, irritable bowel syndrome, PTSD, etc. However, researchers warn that the benefits such practices bring are not superior to those achieved by means of common therapies: it’s just that they could be used as alternative ones, should standard approaches fail to help.

In 2012, Desbordes used fMRI to demonstrate that meditating regularly in the course of a 2-month experiment led to changes in the brain part called the amygdala. Having compared the before-and-after MRI scans, the scientist found that these changes persisted even when the patients were not meditating, suggesting that the effect is long-lasting.

In a new study, they asked a group of clinically depressed patients to practice meditation in the course of an 8-week program, which is called MBCT. The abbreviation stands for mindfulness-based cognitive therapy.

The participants are asked to complete two tasks while being scanned. The first one implies focusing on how their heart is beating (this practice is part of meditation) while trying to be more aware of their bodies, the here and now they are in. The other task is to ruminate on phrases like “I can’t go on” and the like, which is often the case with depressed patients, who find it difficult to disengage from such rumination. Then the researchers look at how fast the patients manage to handle negative thoughts. The same experiment involves a control group, which undergoes standard treatment, like depression education and muscle relaxation training.

The study is still underway, so the results are yet to be revealed, but the team expects to see similar benefits in both groups. The way it is supposed to work is that mindfulness improves interoception, the ability to maintain body awareness and focus on the present, which can help get rid of negative thoughts and thus overcome depression.

It is worthy of note that one should be very careful when meditating, if it is not secular-type; some religious practices may well be dangerous for both the mind and body. Practicing yoga and meditation can be beneficial, and exercising on a regular basis could help you alleviate a wide range of symptoms and improve your health.