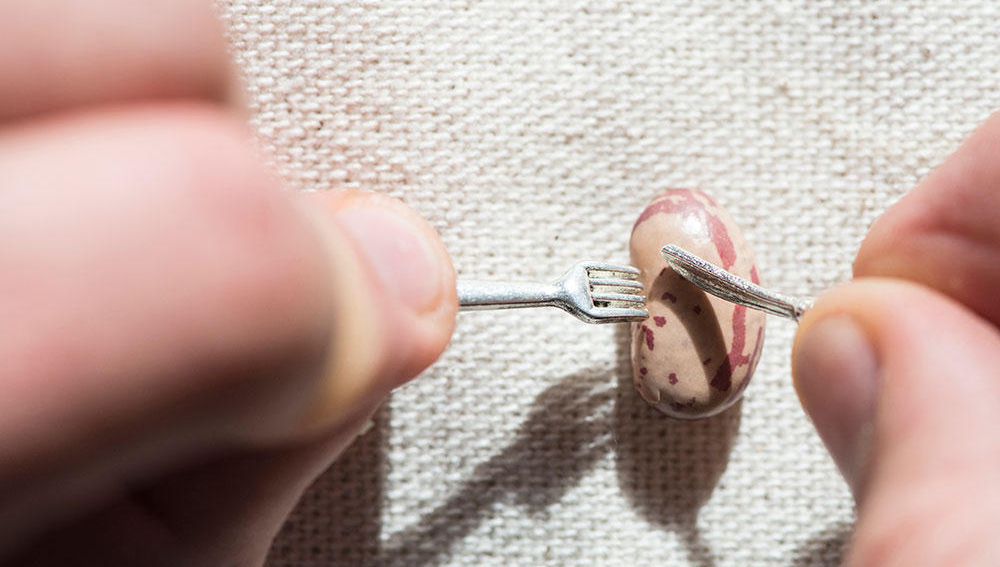 Three of the main eating disorders are Anorexia, bulimia, and binge or compulsive eating. They are much more serious than one can actually think as they not only do harm for a person’s organism but they also connected with certain destructive mental patterns. In terms of eating disorders symptoms it can be said that they are different however similar in all the individuals.

To start with anorexia one should say that it is a very wide-spread disorder. One of the peculiarities of the condition is that it is not that easy to diagnose in the first place. The core thing about this disorder is that a person tends to refuse eating and takes all the measures, frequently extreme, in order not to do it. It can be covered with the pretense of diet or fasting or the like, frequently they just say that they are not hungry.

One of the symptoms of anorexia is abnormal thinness of a person. He or she is frequently severely underweight; but there is a constant talk and thought about being fat. This comes from a wrong idea about a body image and leads to even more severe measures and further starving.

Eating disorders symptoms when it comes to anorexia, however, does not exclude obsession with food and cooking and right proportions and everything that is concerned with calories and so on.

Even more, anorexic people tend to work out a lot. They frequently exhaust themselves more than they need and all because they think they are fat. Besides, this restriction in food transfers to the sphere of relationships and social life as well.

Eating disorders symptoms such as excessive weight and obesity refer to binge eating. These are people who tend to eat too much and too frequently even when they are not hungry. This is a disorder that can be characterized also by hiding food and eating in secret because people feel ashamed of what they do but still cannot stop themselves. Compulsive eating happens when a person feels lonely and depressed or is prone to anxiety that he is unable to control otherwise. Because they eat too much they gain weight fast. They start to feel guilty and depressed even more and as a result they eat even more. Binge eating frequently leads to obsession with one?s weight and a person prone to try different diets that most of the time do not work and lead to worse depression and self-loath. This is a circle that needs to be broken and frequently by some helper from outside.

All the above mentioned eating disorders symptoms can also refer to another very serious disorder – bulimia. This is a condition when a person purges food every time it was consumed by either the help of laxatives of self-vomiting. Another option is excessive exercising and fasting. In the majority of cases people do so in order to lose weight; however it is also frequently done in order to punish yourself and make sure that self-control isn’t lost.

It is a very frequently met condition in young women especially. However there are a lot of young men who suffer from it as well. Actually, bulimia is even more often met than anorexia; or they are interconnected. Eating disorders symptoms of both conditions may come together. It is just that anorexia is easier to recognize with a person’s loss of weight that is fast and very deliberate. Bulimic people can be underweight and sometimes overweight as they tend to eat compulsively. However, there is one distinction among all the eating disorders symptoms – people who suffer from these condition are almost always are depressed and frequently a lot.

The thing about eating disorders is that they not also harmful for a personal health but they are also destructive for the mind. They focus on blame and shame and as long as the power of self-persuasion is so great, a person appears in the condition that is very hard and bad in both ways. In this situation there isn’t anything shameful in asking for help. In case you notice that someone from your near-and-dear demonstrates eating disorders symptoms, do not hesitate, they may need your help now.