Energy drinks have become extremely popular among adolescents. Some teenagers even consume energy drinks with alcohol, which is a combination that makes these drinks even more dangerous. The issue of increased taurine intake has been raising concerns for quite a long time, but now researchers have revealed that energy drinks hinder the processes of brain development that are in full swing in teenagers. Junk food is also to blame. 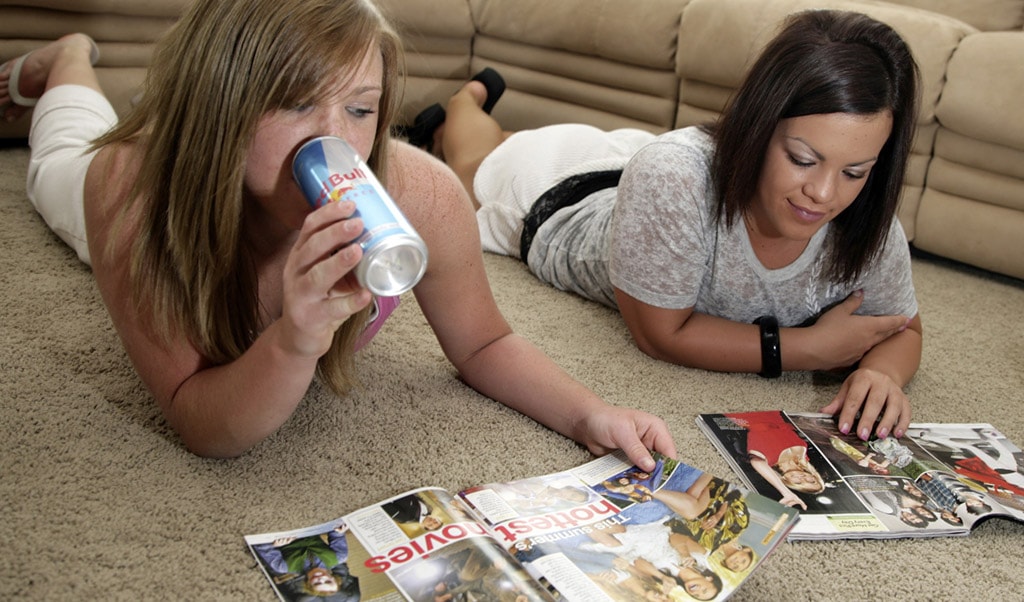 What does research show?

According to the review of several articles focusing on teenage brain development, which were published by the Teratology Society, consumption of energy drinks is associated with risks that are unique to teenagers, as their brain, which is still maturing, is affected by the ingredients in them, one of which is taurine, and these effects are not beneficial. The results of animal studies suggest that taurine, if consumed in large amounts, can lead to cognitive impairment, including memory issues and learning problems. Females have an extra adverse effect: they are more likely to abuse alcohol later in life, if their intake of taurine remains high throughout their teenage years.

Is junk food any better?

Junk food is notorious for being a source of extra calories that lead to obesity, which is a risk factor for a variety of diseases. Yet it appears that it is not the only adverse effect junk food may have. Researchers have recently reported that brain maturation processes can be undermined by poor dietary choices, which may result in behavioral changes and cognitive impairment.

One of the most striking findings is that consuming a lot of palatable, yet not beneficial junk food, which is generally rich in sodium, sugar and additives, can alter your decision making. It is due to sugar and similar ingredients’ ability to increase the teenager’s reward-seeking behavior that dysregulated eating is stimulated in adolescents whose diet consists primarily of junk food. Even the teenager’s attitude to life can change, because junk food makes the young want to get the delicious only, ignoring the food that is beneficial and natural: this pattern can even be applied to other aspects of life, not only food.

Why are energy drinks so dangerous?

The investigators say the teenager’s brain is still developing when an adolescent begins consuming energy drinks, and the blood-brain barrier does not cease to develop until the age of twenty or even later. The barrier helps protect the brain from toxins, and if this process of maturing is hindered, it may fail to function properly. Caffeine, taurine, sugar and other ingredients found in energy drinks and junk food can have adverse effects on the developing brain, if consumed regularly or in large amounts. For example, diets can interfere with the maturation process by means of altering neurotransmitter systems, which are still being constructed in teens.

The researchers claim that exercising can be used to help protect the teen from the adverse effects of consumption of the above listed drinks and food. It is reported that teens can be steered away from these risk factors by regular exercising, but the problem is that the majority of teens do not exercise enough: many of them prefer to spend their time online, which aggravates the situation.

The best strategy remains the same: healthy eating, exercising and doing your best to do good are the ingredients of the healthy teenager development recipe. However, as the energy drink and junk food consumption are on the rise, it is definitely a challenge for parents to motivate their children to accept this strategy.