According to statistics, up to 30% of people coming to see a doctor have very real symptoms that cannot be explained medically. Can paralysis and blindness really be caused by our mind? In this article, we explore the nature of psychosomatic disease. 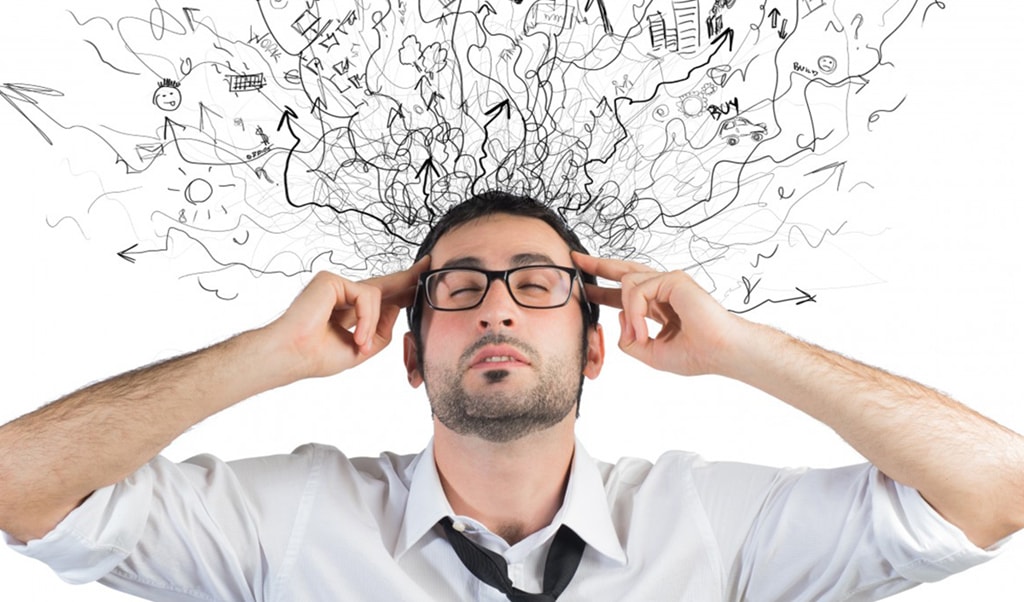 Our emotions trigger a lot of physical reactions, such as laughter (contraction of the diaphragm), tears, or a stomach ache before an exam. None of these surprise us – so why should it seem so strange that stress or trauma can cause a serious illness?

Psychosomatic symptoms can range from recurring headaches to paralysis, seizures, intense pain, blindness, and muscle spasms. While such disorders are much more common than you think, first it is necessary to rule out all possible physiological explanations, perform blood tests, x-ray, and even MRI scans. If none of the tests reveal any disease at all, then it is time to search for psychological causes.

The link between our mind and body is complex and mysterious. While in many cases nerve pathways get blocked, causing psychosomatic symptoms, there can be many triggers:

Three types of psychosomatic illnesses are most common:

A lot of patients react with anger to a psychosomatic diagnosis, insisting that the doctor must be wrong. That’s why it is so important to test for all other diseases first: for example, recurring diarrhea can be caused by IBS  and migraines – which used to be considered psychosomatic –by microbiome imbalances. But if no other illness can be found, it is quite probable that there is no illness. At the same time, patients with psychosomatic disorders are not faking their symptoms – they really cannot see or move, they are really in pain. The job of the doctor is to explain very carefully what “psychosomatic” means and to persuade the patient to see a psychiatrist.

The road to recovery

A psychiatrist will help the patient discover the root of their symptoms and prescribe physiotherapy or occupational therapy and perhaps antidepressants or other neurological drugs. Treating a psychosomatic illness can be just as hard as healing o normal physical disease.

However, often the first step to recovery is also the hardest one to make: it is simply accepting the fact that the disease is caused by the mind.