There is an opinion that yoga is an activity for women. Perhaps such stereotype appeared because yoga is usually considered to be a set of exercises focused on relaxing. We believe that working out in a gym is a more suitable occupation for men. But in fact yoga may have an even greater impact on men’s body. 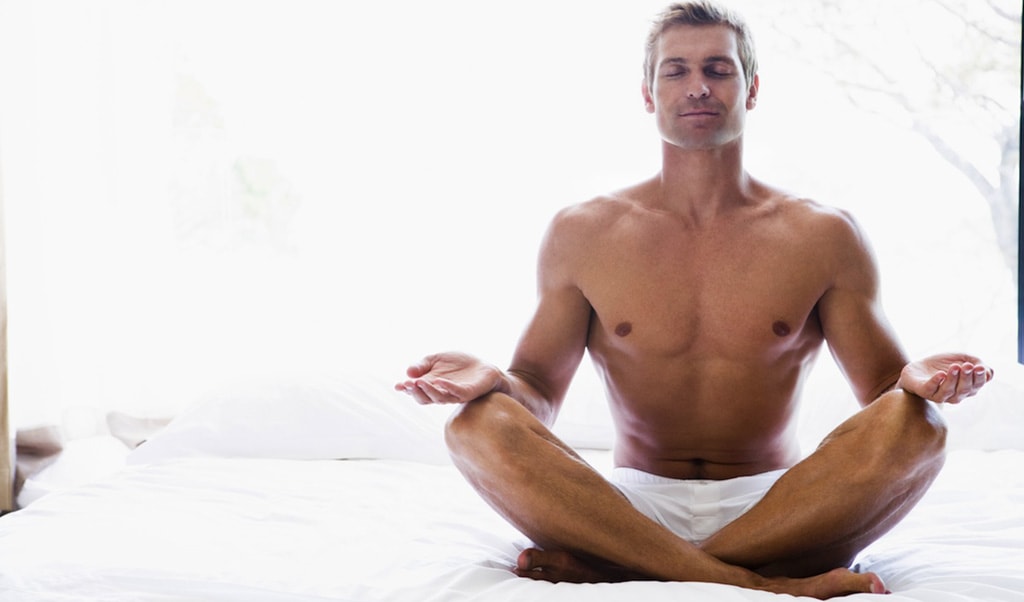 The positive influence of yoga on the body has been proved by thousands of years. The word “yoga” itself means “unity” with yourself, with nature, and with energy of life. We can say that modern yoga consists of elements of aerobics and spiritual disciplines. It is spiritual disciplines that differ yoga from usual fitness that focuses on training and strengthening of the body. The aim of yoga is not just to make your body look better, but also to find harmony with your thoughts and with the world, thus, changing the attitude to life.

Initially only men practiced yoga. It can influence a man’s body in different ways. It doesn’t only relax, but also exerts a tonic effect on man’s organism. Endurance of the body increases and all groups of muscles work while performing asanas (poses). Men doing yoga achieve better results than those who do just fitness.

It is a great idea to combine yoga with another sport. It would make your muscles more elastic and would allow your body to keep balance better. For example, many athletes do asanas while stretching after grueling workouts.

Emotions are under control

But yoga improves not only physical condition of the men; also it influences the emotional state a lot. Usually yoga includes some kind of meditation which helps to put your thoughts and emotions in order. Regular yoga practice develops discipline and purposefulness. The use of cleansing and breathing techniques leads to improvement of the emotional state and reduction of stress levels. And it is so important for men, especially nowadays when the pace of life is so fast, who are scared of being left behind. The nervous system of people who practice yoga becomes stronger, more stress-resistant, and better adaptive to new conditions.

It has been proved that doing yoga improves functioning of brain and increases the intelligence quotient. Scientists tested a group of people who practiced yoga. They gave 20 participants a fatigue test that consisted of a huge amount of numbers. At first, they were required to list all pairs of numbers the sum of which is 10. Then they were asked to do some asanas and after that they had a test once again. An average number of pairs in the first test was 51, but the average number of pairs in the next test increased to 105. As you can see the results of test after doing yoga were twice better. The participants were also asked to list the sets of 4 numbers the sum of which was 20. They were tested before and after a three-week course of yoga. The second test showed that the number of listed pairs increased by 13 points (from 74 to 87).

Quite often yoga is used by men to increase their sexual stamina. It is not a secret that men, especially those who are over fifty, are concerned about their sexual capabilities and sometimes have erection problems. To solve this problems special sets of yoga exercises promoting normalization of hormonal balance and increasing of the virility have been developed. While doing the exercises the excess tension in the pelvis is eliminated, which means that the blood circulation improves and the work of the organs of the reproductive system is normalized.

Although, it is very popular nowadays to spend your time doing fitness in a gym, yoga is a better alternative to such training. The results of working out are quick, but sometimes you can get more harm to your body than positive changes. On the contrary, yoga improves not only your body, but also your psychological state. It forces to see the world from another prospective and fills you with power!