People are in search of alternative electricity sources. Wind energy has been widely used in recent years. However, is it safe for people to live nearby these modern plants? Wind Power Potential 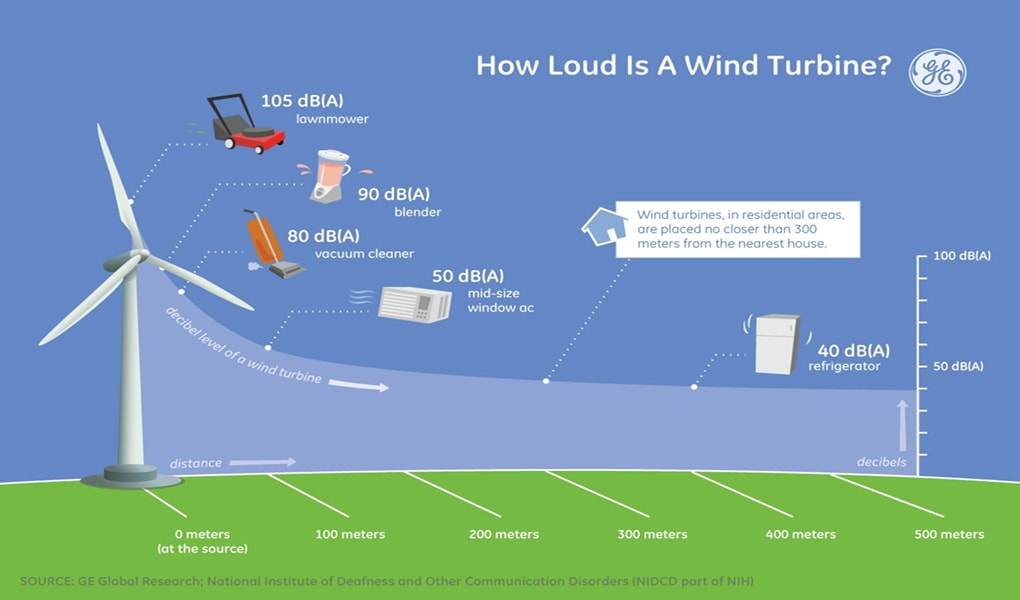 To make it clear, let’s dwell upon the general outline of the energy source. Wind power is not widely used yet, though it has some indisputable advantages, for example, it is an inexhaustible resource with zero emission. So, according to scientists’ predictions, by the year 2030, it will have made up 20 percent of the electricity for such progressive countries as the USA.

There are several well-known drawbacks of wind power plants: bird and bat deaths, high cost, and demolition of natural landscapes. What is more, a recent investigation has proved that they lead to a range of health problems.

The blade tips of a wind turbine are able to move rapidly. According to the description provided by MIT, it may reach up to 180 miles per hour. In favorable conditions, this fast spinning generates sound, vibration, and lowering in air pressure.

Low-frequency sound, or infrasound, produced by a wind turbine cannot be perceived by a human ear. Though in large quantities, it becomes an invisible enemy to our health. People who live near wind farms admit having frequent headaches, ringing in the ears, anxiety, dizziness, and concentration problems. Insomnia and sleep deprivation develop out of small and, at the first sight, insignificant sleep disturbance. The count of possible side effects reaches the number of thirty symptoms. As a result, such term as wind turbine syndrome was introduced by Dr. Nina Pierpont, a leading New York expert, who has been studying the issue in the US, the UK, Italy, Ireland and Canada for more than five years. The syndrome is treated as a psychosomatic disorder. And it also includes a wide range of personal factors. Risks of diabetes, hypertension, tinnitus, or cardiovascular diseases were linked to distorted noise levels. “The studies show that people who were exposed to lower noise levels had more disease than those exposed to higher or louder levels of noise from wind turbines. The results are somewhat counter-intuitive.”, said Dr. Robert McCunney, an occupational medicine specialist in Boston.

According to the study, people are likely to notice increasing sound pressure level. 307 out of 754 respondents (39 percent) noticed sound from wind turbines outside their dwelling and they found it highly annoying.

So, wind farms should be built on the distance of at least 2 kilometers away from the nearest residential areas. National governments are expected to develop and introduce more accurate buffer-zone regulations and limitations to deal with the issue.

Though some scientists and businessmen argue about the impact of wind turbines on human health and call is nothing else as irritation or stress caused by annoying constant sounds. Business interests play an important role. “Economic benefits tend to strongly mitigate the impact of wind turbine sounds when reporting annoyance, and this has been demonstrated in numerous studies,” said Dr. McCunney.

To sum up, it is worth mentioning that in spite of the fact that wind turbines are able to cause poor health condition of local residents, wind power is still an efficient way of energy generation. So, the technology should be improved. Sound-dampening systems are to be developed by engineers. They are expected to block or cancel out multiple sound frequencies and dispel related inconveniences.