Where does your favorite dog sleep? According to statistics in the UK, in Italy and in many other developed countries, very often domestic dogs sleep next to their masters in one bedroom or even share one bed. But it would be smarter to abandon this common habit, because "a man's best friend" can give us new infectious diseases, transmitted namely from animals to humans. It is dangerous or at least very "unhygienic" to keep dogs in the kitchen, in the bedroom or in your own bed. 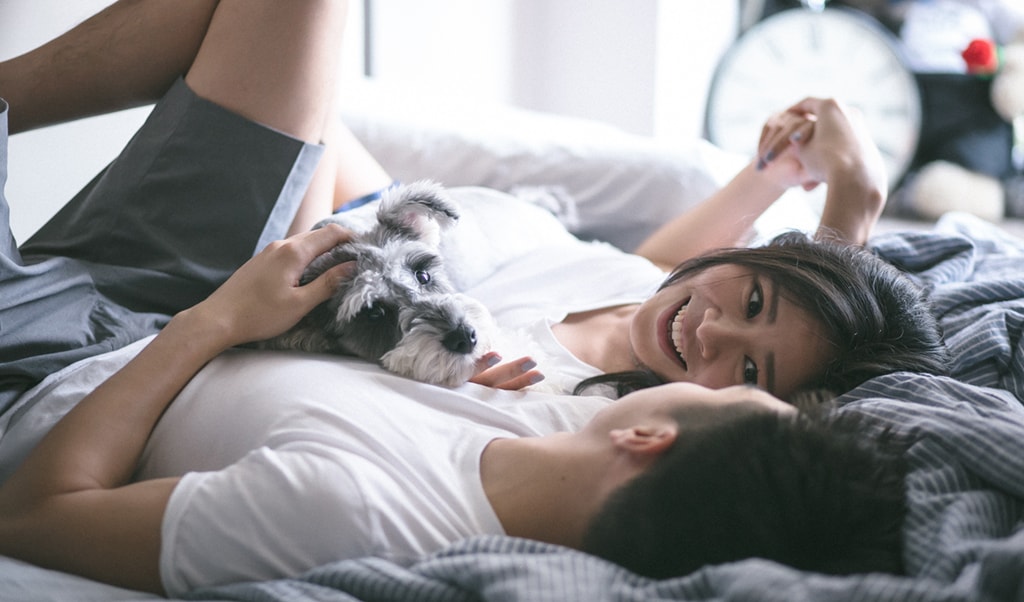 UK chief vet is against dogs in bedrooms

Dr. Fred Landeg, one of the most respected experts in the United Kingdom, who held the position of Chief Veterinarian Officer for many years, and before retirement the chief veterinarian of the UK government, sent a warning to all pet lovers. “It is wonderful that they are “domestic and cute”, but do not forget that they are also “animals”. New diseases, such as “mad cow” disease or avian influenza can hit domestic animals on equal terms with livestock,” Dr. Landeg has warned, and “many of these diseases are transmitted from animals to humans (so called zoonoses).” Dogs and other pets can, among other things, be infected with common infections, such as salmonellosis.

“As a veterinarian,” the doctor concluded, “I would not advise people to allow dogs sleeping in a bedroom.” The research, requested by the British Department for Environment, Food and Rural Affairs (DEFRA), has confirmed the expert’s words, pointing to the potential danger of everyday communication with dogs to human health.

Current situation in the UK

According to the statistics, people are not agitated. A recent survey conducted among residents of 260 houses in a semi-rural settlement in the UK, who had mostly labradors and Jack Russel terriers, found out that every 5th dog sleeps in the owners’ bedroom, and in 14% of cases – on the bed. The Liverpool University study has indicated that 42% of dogs sleep in the kitchen, 79% eat in the kitchen, and 24% have the opportunity to stay in the kitchen when they are alone at home. In the UK there are 6.5 million houses with one dog or several pets with wagging tails. This is a huge lobby, enthusiastic and powerful, which reluctantly reacts to such alarms.

“The World Health Organization states that the presence of domestic animals at home benefits their owners and poses no danger to anyone,” said Caroline Kisco, director of the Kennel Club, the breeders’ association. She contradicted the chief veterinarian’s opinion: “There is an undoubted benefit from being side by side with domestic dogs, but one who lives with animals naturally must comply with reasonable hygiene requirements. A balanced approach is needed.”

It is a pity that we cannot hear dogs’ opinion.