For centuries, dentists could only drill and pull out bad teeth, unable to prevent tooth decay. Finally, a miracle cure was found - fluoride. And yet, now thousands are campaigning against the fluoridation of water. Why? 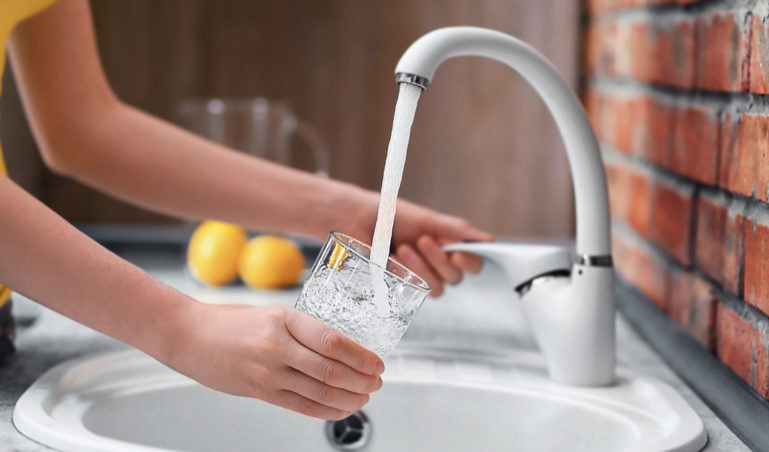 A discovery with a dark twist

The beneficial effect of fluoride on teeth was discovered in the 1930s in the US: in a town with a high natural fluoride concentration in water, children suffered much less from tooth decay. On the other hand, their teeth had strange brown stains – a symptom of dental fluorosis, or excessive intake of fluoride (you can read the full story here). Interestingly, a whole belt of naturally high fluoride levels passes from Africa through the Middle East and into China: there, millions of people suffer from skeletal fluorosis – a crippling disease that damages bones and joints.

How does fluoride prevent caries? Our mouths are populated by bacteria; whenever we eat, bacteria feed on the residual sugars and produce acid, which slowly erodes our enamel (this is called deminiralization). Application of fluoride, however, prevents this process; what’s more, fluoride helps regrow the enamel, makes it stronger, and repairs small cavities.

Tooth decay is the most widespread disease among children, so the authorities were eager to use the newly-found miracle cure: fluoridation of the public water supply started in the 1950s across the US and Europe. Nowadays, over 370 million people drink water with artificially added fluoride, including 60% of people in the US. However, recent years have seen the rise of anti-fluoridationists, who claim that fluoride is poisonous. Though they are often clumped together with the anti-scientific movements that oppose vaccination and the GMO, perhaps there is some truth to their claims?

While many studies show that children who drink fluoridated water have much less tooth decay, serious health concerns were raised by reports of its possible toxicity. A 2012 study  showed that exposure of unborn babies and infants in China to very high levels of fluoride can damage their neurological development, resulting in lower IQ. This caused a flurry of headlines on the Interent, declaring fluoride a neurotoxin. However, the study said nothing about the fluoride levels of 0.7-1.2 ppm, standard in the West.

While very few people in the West suffer from fluoride poisoning or even dental fluorosis, adding fluoride to watter supply may be simple inefficient, since only 4% of that water is actually drunk; thus, 96% of the expensive chemical goes to waste without solving the underlying problem: our lifestyle. Fluoride may treat cavities, but it is the sugar consumption and poor dental hygiene that are the real culprits. A initiative in Scotland, called Childsmile, suggests an alternative: give our free toothpaste in kindergartens and schools, supervise kids’ tooth-brushing, and campaigning against sugary drinks.

Any chemical can become a poison when used excessively, and fluoride is no exception. There is no reason to renounce it: you should use toothpaste that contains fluoride, together with a fluoridated varnish or gel. Fluoride is not enough, though: remember to brush your teeth twice a day, avoid sugary snacks, and visit a dentist regulary.