The anxiety of preparing for an exam or a project deadline drawing near can put any of us on edge and make us do strange things: chew on a pen, eat compulsively, or fidget with one's hair. However, some people struggle for their whole life with a condition called trichotillomania, which makes them compulsively pull out their hair. 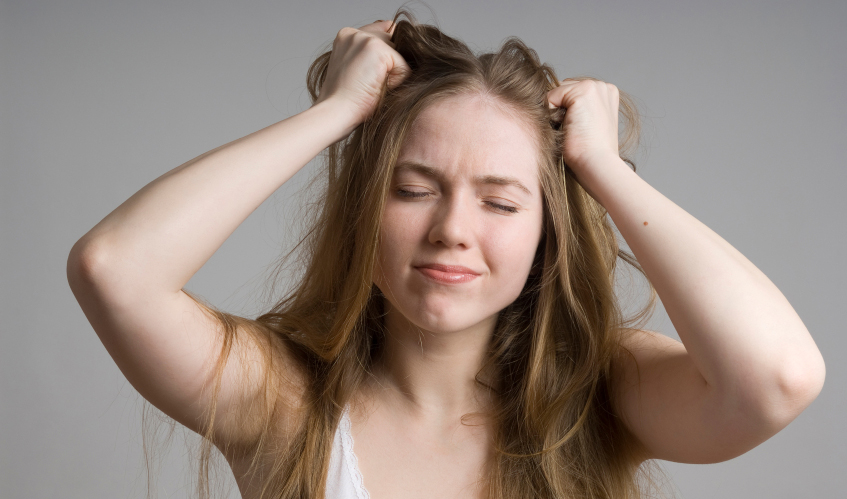 Trichotillomania, just like its close relative dermatillomania (skin-picking), often first manifests in teenage years (kids do pull their hair, but it normally goes away), when going gets tough at school. Soon, a student may start pulling their hair one by one for hours while working on a paper. Next, it turns into a compulsive behaviour: one feels tension, like an itch, an unbearable desire to pull out a hair. Once it is plucked, there is a moment of relief and satisfaction.

It is estimated that up to 4 per cent of adults suffer from trichotillomania, which often recurs once in a few years or varies in severity. Women are diagnosed more often, but it may be because hair loss is less conspicuous in men, who often get bald naturally.

Nobody knows for sure why people develop trichotillomania (or trich). Genetic causes may be to blame (see the detailed study here). On the other hand, such body-focused repetitive behaviours (BFRBs) are close to the obsessive-compulsive disorders: in both cases, people know that their symptoms are in their head, they may try to resist the urge, but it just increases the tension. Another study has shown a link between recurring anxiety and the hair pulling disorder. It may be that periods of stress can trigger different compulsive behaviours in different people.

While mild trichotillomania can go unnoticed, those with severe cases soon end up with bald patches on their scalps. What’s more, repetitive plucking can lead to inflammation and even infections (to say nothing of dermatillomania, which results in multiple sores and lesions). People who suffer from trich are usually ashamed of their condition and hide it by changing haircuts and even wearing wigs and false eyelashes (yes, some people pull their eyelashes, eyebrows, and beards). This secretive behaviour can go on for decades, but sometimes it makes one avoid close relationships and intimacy out of fear that their trichotillomania may be discovered.

Very often, people with trich play with the plucked hair, chew it, or even eat it. In rare cases, it leads to a disorder known as trichofagia. Eaten hair accumulate in the stomach, forming a ball, which leads to nausea and vomiting and needs to be extracted surgically. A recent case of a 16-year old girl dying from eating her hair (the hairball caused an abdominal infection) attracted attention to this rare condition, known as the Rapunzel syndrome.

Is there a cure?

Up until very recently, there was no medication for trich; however a new study found that some drugs (like clomipramine – more info here  may be effective. For now, the main treatment is still behavioural therapy, aiming to replace hair pulling with other actions, such as playing with a bracelet, and to discover the underlying causes of anxiety. Unfortunately, remission rates are low (up to 20%). The best thing we can do is spread awareness of trichotillomania, so that those who have it needn’t suffer alone and in silence.