Float therapy is becoming increasingly popular day by day. Have you ever wondered about the medical benefit of this relaxation method for your health? Let’s find out why it is so good for you! 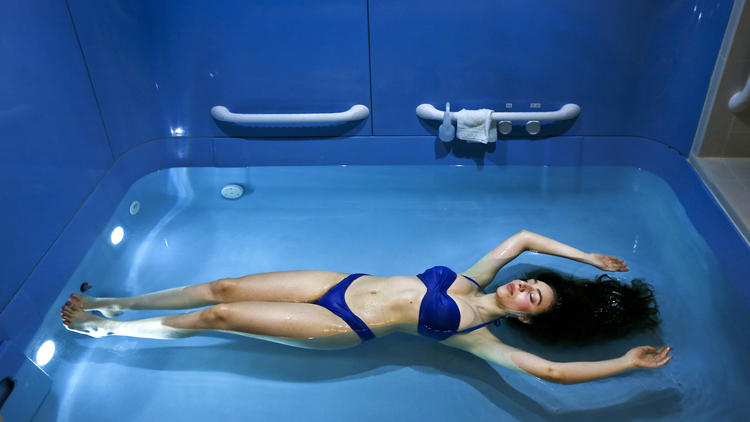 Float therapy is a therapeutic method to achieve deep relaxation in a special sensory deprivation tank. The procedure takes place in the pool with saline solution of Epsom salts, which allows the body to “float” on the surface. The temperature of the water is about 35 degrees, which, together with total silence and darkness, completely disables external stimuli and plunges into a state that is perceived as zero-gravity.

The starting point of float therapy is 1954, when neuropsychologist John Lilly began to examine a human brain in condition of limited external stimuli. His experiments with persons in a state of sensory deprivation (complete isolation from outside physical stimuli) proved that such conditions have many positive changes, both at the physical and consciousness levels. He wrote a few scientific papers on about floatation effect on the body, and in 1972 developed the first compact float tank called Samadhi. Mass production of float tanks for private and commercial use had started from that moment.

In the 1970s, Peter Suedfeld and Roderick Borry, the scientists from the University of British Columbia, confirmed practical benefits of float tanks for therapeutic purposes, and call this method “Therapy of limited environmental stimulation”.

Phillips Idowu, the silver medalist of the Olympics in Athens (2004) and the Olympics in Beijing (2008), in his interview shared the experience of recovery from a back injury with the help of float therapy. He spent an hour in the sensory deprivation tank almost daily, and it helped him to reduce the burden on his back, quickly return to competition shape and get impressive results in the Olympics. Impressive video on floatation therapy for athletes is here.

Why Is It so Great?

Flotation is actively used not only as a relaxation procedure; it has a beneficial effect on the whole body and a powerful cosmetological effect. While every muscle in the body rests, pressure and heart rate return to normal, organs are saturated with oxygen, and the skin’s condition improves noticeably.

Float therapy works not only on the physical, but also on the emotional level. It stimulates the production of endorphins – “hormones of happiness” that reduce stress level and promote activity of the right hemisphere of the brain, responsible for creative potential. In addition, it is an extremely pleasant procedure, which brings emotional and mental states into harmony.

Float therapy is one of the effective methods to correct psycho-emotional stress and physical ailments, with attention to your individual characteristics. Float therapy is a floatation session taken after an individual consultation with a float therapist. It immediately gives a powerful effect at several levels: physical, emotional, intellectual and spiritual.