Don't you like to get out of the city in summer, go camping, hiking, or picking mushrooms in the woods? We all do, but those tiny, nasty, blood-sucking ticks are also out in force, waiting to gorge on our blood and even infect us with dangerous diseases. So be prepared! 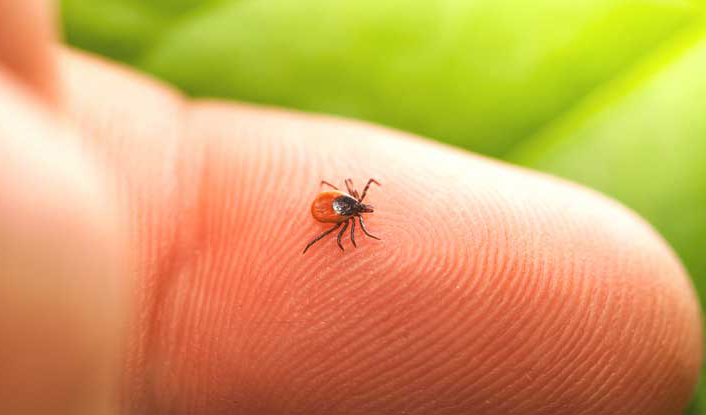 Ticks are related to spiders, so they have eight legs, and they are notoriously tiny – you may easily mistake a tick stuck on your skin for a bit of dirt or a plant seed. Ticks do not jump out of the grass (they cannot jump), but rather hang off bushes and trees, holding on with their hind legs, with their front legs in the air: as soon as an animal or a person passes and touches them, they grab onto their new host. They don’t start sucking immediately, but go searching for a warmer spot, such as between the legs, under the armpits, or on the head. Once attached, a tick can stay on and suck for several days (for more info, see here ).

The majority of bites does not result in infection. However, many do, and infections borne by ticks are many, depending on the region. Most of them present flu-like symptoms, some take a long time to develop and are often mis-diagnosed. 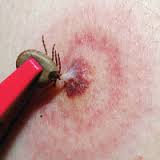 The best-known is perhaps Lyme disease, which is notoriously hard to diagnose, since its symptoms vary widely. The classic symptom is the so-called bull’s eye rash, with a red spot where the bite is and a red ring around it. Patients often experience fatigue, joint pain, and fever. The acute stage of the infection usually passes by itself in a few weeks, but then many patients develop neurological symptoms (like arthritis and aches) that can persist for months. You can read more about the disease here.

Tick-borne encephalitis is common across Europe and Asia, the far-eastern form being the most severe. Symptoms include fever, headache, nausea, and vomiting; later, some patients experience confusion, difficulty moving, and even paralysis. While mortality of “normal” encephalitis is about 1%, it reaches 20% in its Siberian form. You can get vaccinated against encephalitis in many countries (more details on the disease here ).

Apart from these two, ticks carry such nasties as tularemia, babesiosis, spotted fever, and others; you can get up to four different infections from the same tick!

Of course, the best advice is not to get bit. Always wear long sleeves and long trousers when in the woods or bushes, and choose light colors that allow to see the ticks. Check yourself regularly and remember that you can easily get a tick from your pet (or any wild animal). Use an insect repellent that contains at least 20% DEET, plus one with permethrin to spray on your clothes (don’t apply it to your skin, though). 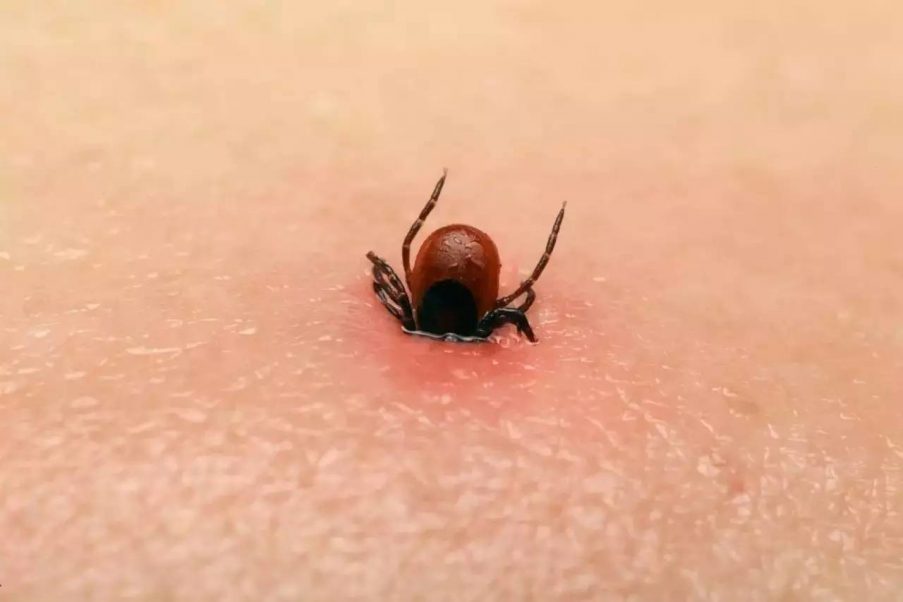 But what if you found a tick on yourself? Don’t try to drown it in alcohol or burn it – the danger will only make it cling harder. Instead, take a pair of tweezers (or, even better, a special tick-removing tool that you can buy in any pharmacy), grab the tick and pull steadily, without twisting. Clean the bite and treat it with rubbing alcohol. If you are worried about a possible infection, then put the tick in a small bag and take it to the doctor – he or she will determing the species of tick and tell you of its specific threats.