‘Ugly produce’ is a term for vegetables and fruits of dissymmetrical and awkward shapes thus practically unsellable in stores, but perfectly good inside in terms of their nutritive and taste properties. 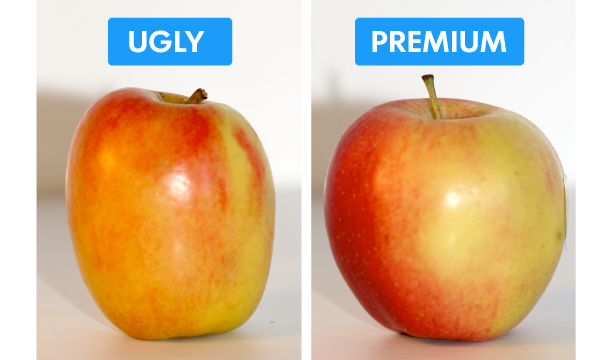 Our modern societies tend to buy ‘flawless’ food and turn up noses from wrinkled pears, spotted bananas, strawberry with two tails, zigzag carrots and other natural phenomena. In most cases such ‘freaks’ do not go through selection for supermarkets and consequently to our kitchens, and end up in landfills, but do they deserve such a fate?

This article gives you a deeper look into the issue of ugly produce and a few reasons to change attitude to non-standard fruits and vegetables!

But there are organizations and social initiatives such as Hungry Harvest, Ugly Produce is Beautiful and others that try to solve the problem of ugly produce by raising social awareness and changing the customers’ attitude to imperfect fruits and vegetables, thus ‘rescuing’ them for further consumption.

We’ve selected for you 3 convincing reasons to change your possibly biased opinion on ugly produce that, in fact, tastes not less delicious and juicy than their more symmetrical fellows☺

When you see beautiful, shiny apples and apples with black dots in a store, how often do you choose the latter? It is widely believed that fruits that are affected by scab (fungal infection, due to which a fruit is covered with spots), are better not to eat. We are ready to assure you of the opposite!

Once the scientists of Slovenia and Austria united to reveal the difference between the smooth and spotted apple skin. The results of the study showed the following: the skin of apples affected by a scab contained 3.1 times more hydroxycinnamic acids, 1.5 times more dihydrochalcone and almost four times more catechins. What does it mean in practice?

Hydroxycinnamic acids are powerful antioxidants that stimulate the cardiovascular and nervous system. Dihydrochalcone has anti-inflammatory properties. Catechins, also found in green tea, dark chocolate and citrus, prevent chronic diseases and even to a certain extent the occurrence of cancer. These are three substantial reasons to love apples not for beauty, but for their rich “inner world”!

2. Vegetables and fruits with flaws in appearance – 100% organic 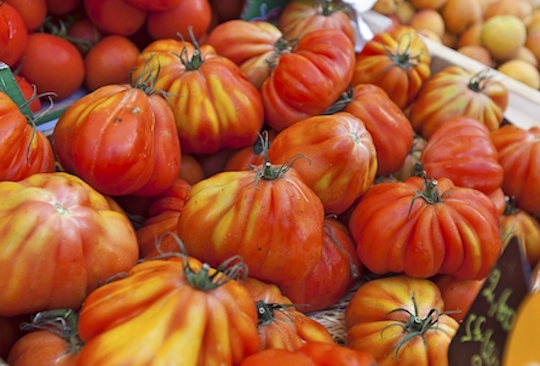 Those of us who spent summer days working in a garden, know very well that the real fruits and vegetables rarely look exactly the same as in grocery advertising. To make peaches look ruddy, and beets large and even, many manufacturers use pesticides, fungicides, nitrates, synthetic  additives and other ‘fertilizers’ that are definitely not associated with natural food.

Vegetables and fruits that are grown on organic farms are not pumped up with chemicals, that is why they have such amusing appearance. In supermarkets such products are branded as ugly produce (and therefore second-class) and used to produce juices. It is quite obvious: the less pesticides the fruit contains, the more useful substances it retains. The choice is yours!

3. By eating ‘ugly’ vegetables and fruits we approach the solution of ecological problems and world hunger 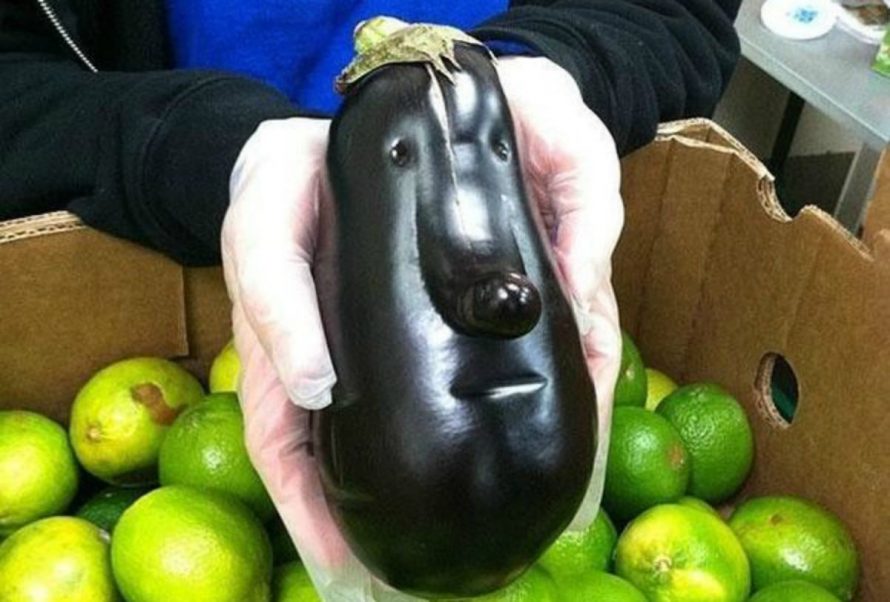 Have you heard that, according to the estimates of the UN Food and Agriculture Organization (UNFAO), farmers throw out 20-40% of fresh produce only because it does not meet the so-called appearance standards and is rated as ugly produce?

According to the same UNFAO, we squeamishly get rid of 3 trillion pounds of food a year – this is enough to provide twice the normal nutrition for every starving person on the planet.

Fortunately, today lots of attention is given to this problem. In 2013, the network of French supermarkets Intermarché launched an awareness raising campaign in support of ‘ugly’ fruits and vegetables! Funny video, in which a carrot with two legs tries to cheer itself up, posters with catchy slogans have really helped to change the situation: sales have gradually increased. Some stores specifically reduce prices for vegetables and fruits with appearance defects.

Let’s experiment in the kitchen and use our fantasy – then our bizarre green friends will not undeservedly rot in the dump, and you can surprise yourself and your beloved ones with new tasty dishes cooked from so called ‘ugly produce’! Ugly produce is beautiful and tasty!