Celiac Disease is an autoimmune condition, which affects the functioning of the inner lining of the small intestine. Particularly, the disease causes an adverse reaction to gluten – a protein, which comes with many common and generally healthy ingredients: barley, oats, quinoa, wheat. 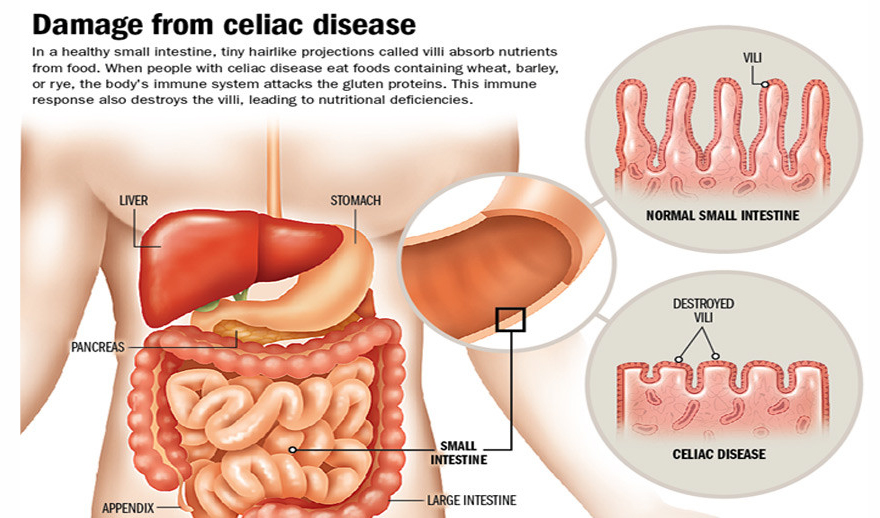 What is Celiac Disease?

Well, what does autoimmune mean? Normally, the immune system protects the body against various types of pathogens – toxins, viruses, bacteria, parasites, etc., which come in from the outside world. Patients dealing with an autoimmune disease face a kind of ‘mistaken identity’ problem, as their immune systems begin to attack healthy substances and tissues. In case of Celiac Disease, the immune system attacks gluten, which enters the body with the products mentioned above (to name a few) and damages villi – the lining of the small intestine. In other words, the immune system mistakes the tissue for a pathogenic agent and actually launches an all-out war against our own body.

The most critical and the worst part of it is that the disease prevents the small intestine from performing its function, which is crucial for the body: absorbing healthy stuff from food. Besides, it also fails to protect us against the bad stuff, as the barrier erodes and finally disappears. Gradually, it pretty much drains our body of a whole load of nutrients and fails other systems and organs, which cannot do without them.

The most common signs of Celiac Disease include persistent diarrhea, which may last for months or even years, constipation, cramps, bloating, nausea, lack of appetite, etc. In fact, symptoms are not always the same in different people. One of the worst things about Celiac Disease is that it often has no manifestations at all. Also, these symptoms are typical of many other intestinal disorders, which make it one of the most difficult to diagnose conditions. As a result, by the time we discover the problem we often have to realize that things have gotten really bad. It has been estimated that 3 million Americans are suffering from Celiac Disease.

Studies have provided us some evidence of how Celiac Disease affects our perception of the world through the five senses: hearing, vision, taste, touch, and smell, as it impairs them.

Researchers have revealed a slight increase in the occurrence of hearing problems among children and adults dealing with Celiac Disease. Even though those were but minor impairments, they supposed they might get worse with age. Therefore, they recommended their patients to undergo regular screenings. Studies were held in Turkey and in Italy. In the latter case, physicians revealed a 47% occurrence of hearing loss in a celiac group and a 9% occurrence in a non-affected group.

Celiac disease is related to Sjörgen syndrome – a condition, which affects the glands that keep the eyes moist. Also, lack of nutrients causes imbalance, which, in turn, causes calcium deposits in the occipital lobe of the brain. There is indirect evidence of this relationship: some patients, who have gone on for gluten-free diet, have reported improvements in vision, as well as sense of smell, taste, and touch, because these functions are intertwined.

The gravest thing about Celiac Disease is the potential for intestinal cancer.

Is it possible to treat it? 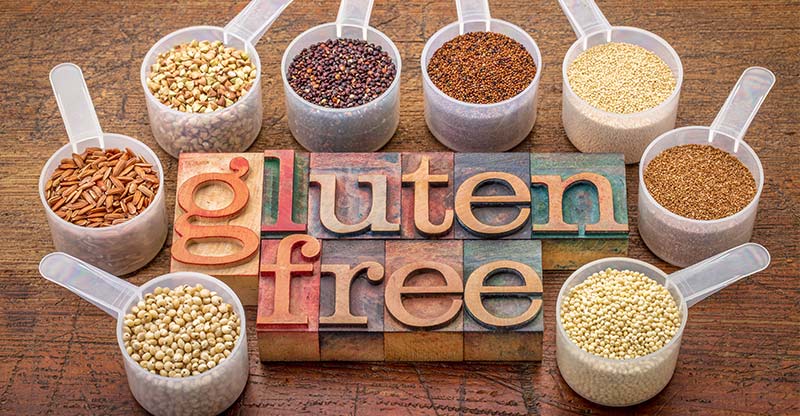 In fact, there is no effective cure against Celiac Disease. So far, the only effective way of dealing with it is going on a completely gluten-free diet. Sadly, even that does not work for everyone. It appears that each case requires an individual approach, whose effectiveness depends on how your body responds to gluten-free diet. In this respect, it becomes a kind of lifestyle matter, and you have no option but to learn to accept and live with it.